Exploring the Potential Link Between HGH and Prostate Cancer

In an age of skyrocketing cancer rates, many hormone replacement therapy (HRT) patients understandably have concerns regarding the possible link between human growth hormone (HGH) and various cancers, including of the prostate. Prostate cancer is the second most common form of cancer affecting American adult males. Some estimates indicate that, in the US, as high as 9% of all cancer diagnoses among men are for prostate cancer. 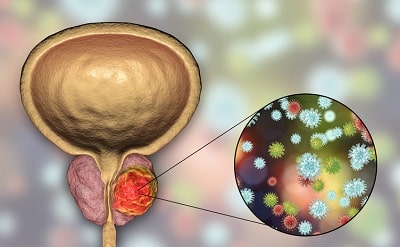 The scientific literature presents some cause for concern regarding the potential causal link between high HGH and incidence of prostate cancer. Although no study has demonstrated that higher HGH levels directly cause prostate cancer, some studies do show that another hormone that works in tandem with HGH called insulin-like growth factor-1 (IGF-1) does increase prostate cancer risk, at least for some patients.

What Is Prostate Cancer?

As an integral part of the male reproductive system, the prostate is situated below the bladder. It sits adjacent to the urethra, the small tube through which men pass urine. The prostate in healthy men is roughly the size of a walnut. Due to its function as the supplier of semen – the fluid excreted during male sexual climax that protects and nourishes sperm for the ultimate delivery via intercourse to a female partner’s vaginal tract — the term “prostate” is sourced etymologically from the Greek root “prostátēs,” which means “one that protects.” 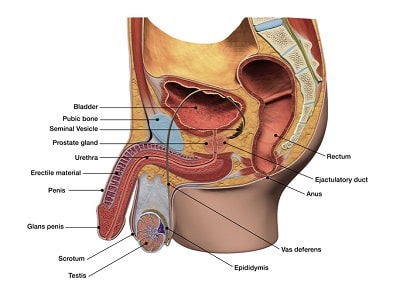 Prostate cancer develops when genetic mutations cause dysfunctional (cancerous) cells to thrive and reproduce. In cancers, the abnormal cancer cells eventually grow into cancerous tissue and spread throughout the affected organ – in this case, the prostate. Fortunately, prostate cancer is widely treatable because it metastasizes more slowly than other fast-spreading cancers and because the therapies to eliminate the cancer cells are largely effective. 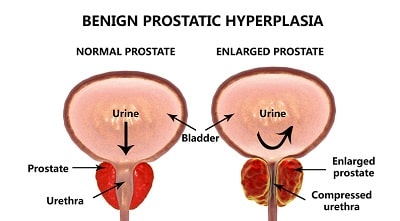 Benign prostate enlargement (BPE) should not be confused with prostate cancer. BPE is a common and harmless condition of the prostate that often occurs in men as they age. It is particularly prevalent in men over 50. Contrary to popular belief, the incidence of BPE has no bearing on cancer risk; men with BPE are no likelier than men with normal-sized prostates to develop cancer of the gland.

Fortunately, with advances in the field of oncology (the study and treatment of cancer), prostate cancer is no longer a death sentence for most men. In fact, the long-term survival rate among American patients when the cancer is caught early (called “localized” prostate cancer) is almost 100%, rendering it of one the most non-lethal cancers of the modern era.

To address the possibility that HGH levels contribute to prostate cancer in a thorough manner, we need to take a deep dive into the medical literature to untangle the often-conflicting reports from various research groups. Cancer researchers have long taken an abiding interest in research that might uncover any causal effects that HGH might exert on prostate cancer growth, with some speculating that HGH can increase the risk of this type of cancer in men who undergo HGH replacement therapy. Here’s what the best research so far says on the topic.

In one large-scale UK study attempting to establish whether any statistical link exists between prostate cancer and two anabolic hormones (IGF-1 and testosterone), the research group tracked more than 200,000 male test subjects over seven years – making it one of the longest-term studies on hormone health and prostate cancer to date. The research team measured the men’s IGF-1 and testosterone levels prior to beginning the study as well as throughout the seven-year course of tracking. 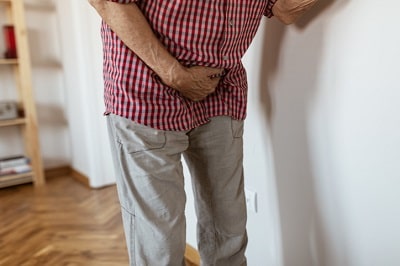 Controlling for other factors like age and body-mass index, the authors of the study concluded that men with the highest circulating IGF-1 levels had a 25% greater chance of developing prostate cancer than those with the lowest levels. Similarly, the group with the highest testosterone counts exhibited an 18% higher frequency of prostate cancer. Importantly, the authors of this landmark study did not specifically study HGH levels in their subjects.

The demonstrably higher incidence of prostate cancer among men with elevated IGF-1 that we referenced above has fueled speculation that HGH causes prostate cancer due to the extremely close relationship between HGH and IGF-1. The pituitary gland, located in the brain, manufactures HGH which is then introduced to the blood for dispersion throughout the body. When HGH reaches the liver, it catalyzes the synthesis of IGF-1.

Association vs. Causation: A Crucial Distinction in Science

When assessing the potential risk that HGH therapy poses for cancer development, it’s vital that we understand the all-important scientific distinction between association and causation. While many studies have proven an association between HGH levels and prostate cancer incidence, none have demonstrated causality. This means that several confounding factors other than a direct catalyzing effect of HGH on cancer growth may better explain the link.

Several reviews of the available research data exploring the possible HGH-prostate cancer link have concluded that concerns regarding the alleged health risk posed by HGH therapy may be overblown. They note that “animal studies of GH… have failed to elicit [carcinogenic] effects. GH injections alone had little or no impact on prostate tissue growth.” The researchers go on to describe why the authors of earlier studies — such as the one referenced below regarding HGH and leukemia (bone cancer) — may have prematurely and erroneously concluded that HGH fuels prostate cancer growth:

“A 1988 report from Japan linked GH therapy to an increased incidence of leukemia, but subsequent studies identified the higher presence of leukemic risk factors, such as previous neoplasms and radiotherapy, among GH-deficient children as a confounding variable.” Essentially, the original researchers that initially reported the HGH-prostate cancer link confused the causal factors of bone cancer in the subjects it studied, mistaking HGH itself as the culprit of higher incidences of cancer in this group when, in fact, radiation therapies and other factors were more likely to have triggered the group’s higher cancer rates. 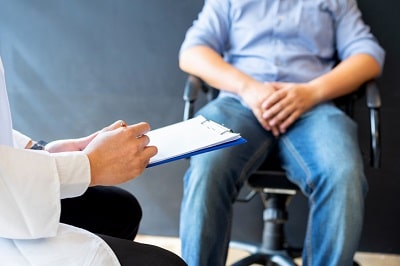 The answer seems to be a cautious “yes.” Despite the well-documented connection between IGF-1 levels and prostate cancer incidence, the research into the relative safety of HGH therapy related to prostate cancer risk is promising for patients with deficiencies of the growth hormone who need replacement therapy. The team out of the Royal London School of Medicine’s endocrinology department examined the presence of prostate-specific antigens (PSAs) – a crucial marker of prostate cancer risk – in patients who received HGH via therapeutic supplementation.

In their discussion, the researchers concluded that “The present study therefore examined the possibility that serum PSA might systematically increase with [HGH] therapy over time, and thus possibly indicate an increased risk for prostatic carcinoma. No evidence for this was found, in that serum PSA did not rise significantly during [HGH] treatment…”

The U.S. Food and Drug Administration (FDA) cautions against the administration of HGH patients with active malignancies ( i.e., cancers that have not yet been effectively treated) due to HGH therapy’s potential interference with concurrent cancer treatments as well as the potential risk posed by elevated IGF-1 levels. 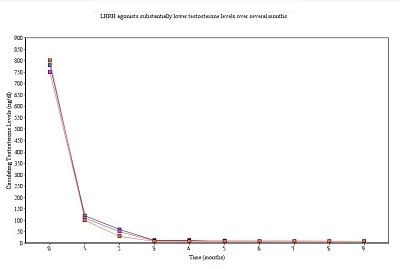 Fortunately, thanks to advances in endocrinology and oncology, hormone therapies have replaced orchidectomies in many cases as the first line of hormonal treatment for prostate cancer. Although HGH replacement therapy is generally contraindicated for prostate cancer patients, other therapy strategies are proven to help slow the spread of this type of cancer in men who are diagnosed.

This treatment modality reduces free testosterone to near-zero levels which, in turn, slows prostate cancer growth for many patients.

If you or a loved one would like to learn more about how HGH replacement therapy might affect prostate cancer risk in your specific case or to explore which hormone therapies might aid recovery from prostate cancer, give our friendly staff a call today. When you contact us, we’ll set up a consultation with one of our trusted doctors to discuss your concerns and, together, to formulate a wellness plan to meet your individual healthcare needs and goals.