Home » Blog » Is There Any Link Between Testosterone and Prostate Cancer?

Is There Any Link Between Testosterone and Prostate Cancer?

The prostate, a gland situated between the penis and the bladder, serves an important function in men’s reproductive health by releasing the fluid that protects sperm and keeps them healthy in the man’s body until it can be released during intercourse and, ultimately, penetrate a female egg to fertilize it. Prostate troubles are common for men as they age. The following conditions can compromise prostate function and cause negative health impacts:

When bacteria or other invading pathogens infect the prostate, it can become swollen. Antibiotics and anti-inflammatory drugs can soothe the tissue.

Irregular cells begin to proliferate in the prostate, causing cancerous growths. Prostate cancer occurs in men more often than any other form of cancer. Fortunately, it is usually easily treatable using an array of methods, making it the least deadly.

In this article, we’ll focus on the latter two, prostate cancer and enlarged prostate, and what it means for men with low testosterone who are interested in boosting their levels. 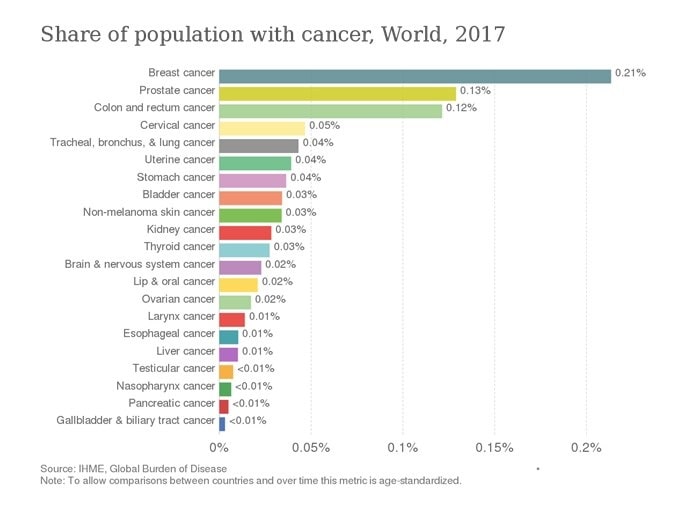 Cancer, of the prostate and of other organs in the body, occurs when significant portions of the trillions of cells throughout the body begin to reproduce incorrectly, allowing damaged cells to survive while recycling useful, healthy cells. The causes of cancer vary from patient to patient. How fast the cancerous cells reproduce also depends on a number of factors, making predicting cancer based on risk factors more difficult for cancer than other diseases.

Aside from breast cancer in women, prostate cancer is the most common of all cancers, affecting .13% of the world population at any given time. Image source.

DNA is the building block of life, containing sequences that govern the proper function of cells. When the DNA is damaged, it does not express its commands appropriately, causing old cells to live while triggering the death of healthy cells.

Genetic mutations can either be inherited (meaning that they were passed genetically from parents) or acquired (meaning that the mutations happened as a result of environmental influence).
Researchers are still working on uncovering what may cause the cells that make up the prostate gland to begin functioning incorrectly. Although there is no clear or established single cause of prostate cancer, there are several risk factors:

Men who have one or more of these risk factors should be aware of their heightened likelihood of developing prostate and take steps to mitigate the risk. 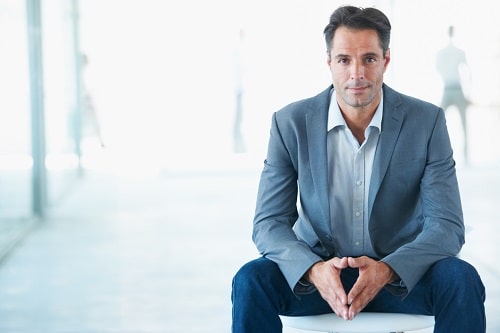 Although tangential evidence exists that testosterone levels could potentially play a role in prostate cancer in some cases, the fact that there is no clear causal link between the two is great news for any man who wants to increase his testosterone with hormone replacement therapy (HRT) but who might be concerned about prostate cancer risk because of his risk factors.

Testosterone replacement therapy (TRT) is the practice of introducing exogenous testosterone into the body, usually through a series of injections, to safely raise circulating levels of the hormone. TRT is proven to be an effective strategy for increasing testosterone in the blood.

What Is Prostate Enlargement and What Causes It? 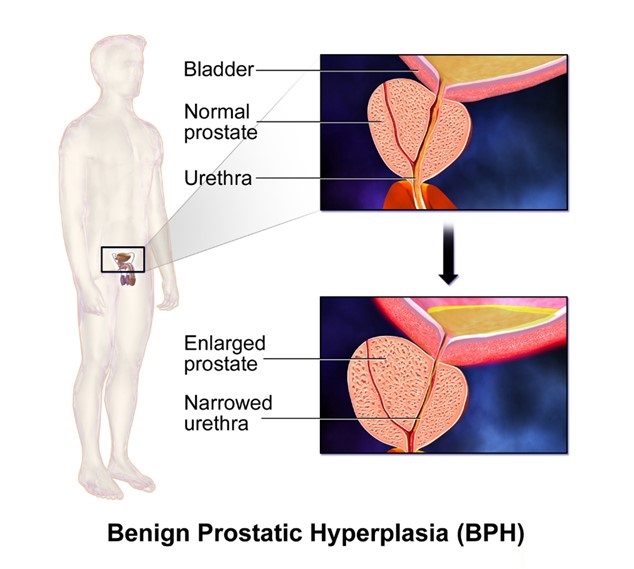 Enlarged prostates, known in the medical community as benign prostatic hyperplasia (BPH), is common in men over 40. It is typically not lethal, but BPH can cause unpleasant symptoms in men. While BPH is similar to cancer in that the cells of the prostate begin to reproduce abnormally, the condition is considered “benign” because it does not usually pose a significant health risk. The proliferation of the prostate cells causes the gland to swell and “squeeze” the adjacent urethra, the tube that carries urine out of the body.

In turn, urination becomes more difficult and, sometimes, painful. 90% of men will experience BPH at some point in their lives as they age. Treatments exist to mitigate the symptoms. To get a better idea of how BPH affects men, here is a handy visual aid (image source):

Sex Hormones in The Prostate

The researchers found that as testosterone levels in the blood decreased the patients’ IPSS score went down – meaning that, at least in some cases based on this evidence, higher testosterone levels can actually improve the symptoms of BPH. Scientists are still working to develop a clearer understanding of the relationship between sex hormones and BPH. The evidence so far is often contradictory, indicating a more complex relationship than the current understanding allows for.

Risk of Prostate Cancer Enlargement while on TRT

There is no definitive risk that TRT poses to the development of prostate cancer or prostate enlargement (BPH). As we move forward, we can expect to increasingly understand how testosterone interacts with the prostate and what implications that relationship has for TRT in at-risk patients.

What Patients Can Expect From TRT

Being at-risk of prostate problems or currently experiencing one does not eliminate a patient as a good candidate for TRT. Many practitioners safely perform therapy on patients with prostate issues with little to no danger of exacerbating symptoms. A qualified, professional provider will evaluate a patient’s complete medical history, including any prostate conditions, to determine whether he could benefit from TRT.

If you are interested in restoring your testosterone levels and recovering the energy and vitality of your youth, don’t let prostate problems prevent you from improving your quality of life through TRT. Schedule a consultation with one of our expert providers today to discuss your treatment options.

Interesting Information for you
Can Low Testosterone Affect Male Fertility?
Is Testocterone Replacement Beneficial After Prostatectomy?