If you’re one of the thousands of men who receive prostatectomies each year, then testosterone replacement therapy (TRT) might be right for you. Prostatectomy can have a profound effect on the circulating testosterone levels, especially radical prostatectomies. Whatever the reason for requiring prostatectomy, TRT following treatment can help restore a high quality of life to patients as they recover.

Here is a brief introduction to prostatectomy, testosterone’s role in the body, and how to fix hormonal imbalances after the surgery. 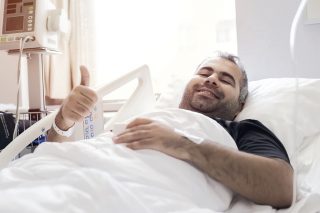 As the prefix “ectomy” suggests “removal” in medical terms, a prostatectomy means the removal of the prostate and, often, also of surrounding tissues using surgical tools. The prostate gland is located below the male pelvis. It encompasses the urethra, the tube responsible for transporting urine through the penis. The prostate is roughly equivalent in size to a walnut.

The role of the prostate is to supply fluid for the protection of sperm. When men achieve sexual climax, the prostate squeezes on the urethra, causing ejaculation. For several health reasons, men sometimes require a prostatectomy to remove a damaged or malfunctioning prostate.

Who Needs a Prostatectomy

As men age, the likelihood of medical problems associated with the prostate increases. Medicines, lifestyle modifications, and a proper diet can help with many conditions, but oftentimes issues with the prostate require more extensive medical intervention.

Less severe conditions are more likely to be treatable without the need for surgical work. Some prostate conditions that can generally be treated without prostatectomy include:

Other prostate conditions, though, do necessitate the removal of the prostate gland and/or other tissues. Although some patients might opt for a prostatectomy for more minor reasons like inability to empty the bladder or bladder stone, by far the most common reason for prostatectomy is cancer.

Here is everything you need to know about prostatectomy and prostate cancer.

The most serious health threat posed by a dysfunctional prostate gland is prostate cancer. According to the American Cancer Society, prostate cancer is actually the most common type of cancer that men over 50 encounter. Furthermore, it holds the title of the third-highest kill count among all cancers.

Therefore, the prompt treatment of prostate cancer is crucial to surviving the illness. Unfortunately, the urgency of treatment often means the wholesale removal of the prostate gland and sometimes other tissues.

How a Radical Prostatectomy Is Performed

In cases of cancer, radical prostatectomy is the removal of the prostate along with the nearby seminal vesicles, vas deferens and lymph nodes if they are cancerous as well. This is a surgery of last resort when other treatments will not achieve success. It is considered “radical” because it involves the removal of entire components of the reproductive and lymphatic systems. After the prostate has been extracted in a radical prostatectomy, the surgeon then reattaches the urethra to the bladder to allow urination.

The following methods may be used to perform a radical prostatectomy.

How a Prostatectomy Affects Testosterone Levels

Many patients have understandable questions about how prostatectomy affects testosterone levels.
One of the best ways to conceptualize how testosterone works in the body is by understanding the testes as furnaces in a home and the pituitary gland as the thermostat that regulates the heat in the home, or, in this metaphor, the amount of testosterone in the blood.

Because of these studies, many people might mistakenly assume that radical prostatectomy might have a positive long-term effect on testosterone. In fact, prostatectomy has the opposite effect – decreasing testosterone levels over time. We’ll discuss how prostatectomy lowers circulating levels of the hormone in a moment.

The exact mechanism of action for the pituitary gland’s testosterone regulation is its production of luteinizing hormone (LH).

Researchers at John Hopkins recently learned through a study of the effects of radical prostatectomy on serum hormone levels that LH increases following a prostatectomy. The increase in LH, in turn, ups testosterone in the body. The researchers’ speculated in the conclusion of their study that the prostate actually plays an important role in regulating LH and, therefore, on how much testosterone is released into the blood.

Reduces circulating testosterone in the long-run because the “surgical intervention caused a reduction in the testicular production of Te [testosterone], which stimulated the increased production of gonadotropins by negative feedback, thus normalizing the Te level after a few weeks.”
Therefore, testosterone replacement therapy can be beneficial for patients who have undergone prostate removal.

The science is clear that, over the long run and despite short-term increases following surgery, radical prostatectomy significantly lowers testosterone in months following a prostatectomy.
What does that mean for men?

The Effects of Low Testosterone on Men’s Health

The low testosterone caused by prostatectomy can cause the following symptoms:
Low energy.

TRT following a prostatectomy can help prevent these issues from arising.

The evidence of sexual dysfunction following prostatectomy is clear. Have a look at this chart chronicling sexual function in men who received the operation:

Prostatectomy, despite advancements in technology and care, remains a serious procedure that is fraught with potential side effects. Examples of side effects from radical prostatectomy include:

Can TRT Be Effective for Avoiding Prostatectomy? 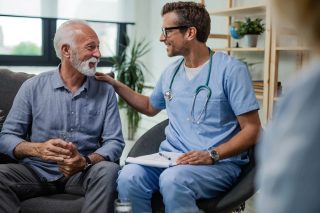 Many patients raise concerns over what treatments they might qualify for. Fortunately, research has proven that TRT is totally safe for men who have had their prostates removed.

Because of the risks associate with prostatectomy, avoiding the need for the procedure is ideal. As the saying goes, “An ounce of prevention is worth a pound of cure.”

The undeniable, essential fact of the debate over testosterone and prostatectomy is that the endocrine (hormonal) system and the prostate are closely linked. Therefore, addressing dysfunctions within the endocrine system like low testosterone can help boost overall health and, along with a healthy lifestyle and proper nutrition, potentially help eliminate the need for prostatectomy.

Consider HRT to balance your hormones and potentially help prevent the need for future surgeries like prostatectomy.