Is Testosterone Replacement Therapy Safe for Patients With Epilepsy?

Modern medicine now has a much firmer grasp than in years past of the interaction between the human endocrine (hormone) system and the nervous system, and how that interaction can predict the occurrence of seizures in people with seizure disorders. Epilepsy is a relatively common group of disorders in which neurons (brain cells) misfire and cause abnormal brain activity. These recurring episodes of abnormal activity are called seizures.

Seizures vary in intensity from unnoticeable to causing violent shaking in their worst iterations. The major focus of treatment for epilepsy is the prevention of seizures through a variety of lifestyle changes, dietary adjustments, and medications. Patients with epilepsy who are interested in optimizing their hormone levels through testosterone replacement therapy (TRT) often ask whether their condition precludes them from receiving the hormone therapy they want.

In this article, we’ll explore the relationship between epilepsy and testosterone and discuss options for patients with epilepsy.

In about half of all epilepsy cases, no clear cause is identified. In others, a combination of factors all converge to cause the disorder. So far, researchers have identified the following causal factors of epilepsy:

Epilepsy, along with the medications used to treat it, can contribute to negative hormonal changes through the triggering of epileptiform discharge, commonly referred to as ED. 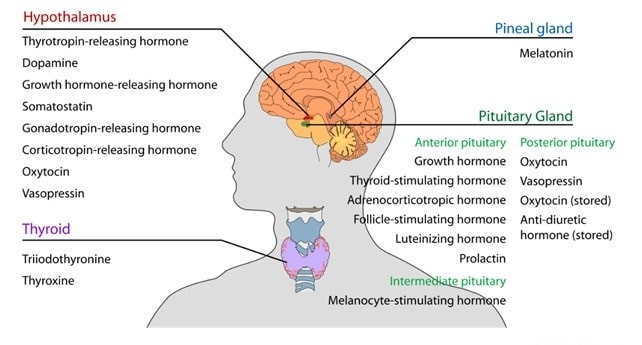 The hormone and nervous systems are closely intertwined. This illustration demonstrates the close connection between the two by identifying the wide range of hormones produced in the brain.

We can infer from this infographic, and science confirms the theory, that the hormone and nervous systems can exert huge effects on one another – as in the case of epilepsy and sex hormones.

Recent research into the role that the sex hormones play in the development and treatment of epilepsy has shed new light on the complex relationship between the hormones and the set of neurological disorders.

The primary human sex hormones are:

Each sex hormone, in both men and women, carries the potential to impact epilepsy in important ways that require special attention before any hormone replacement treatment plan can be developed.

Catamenial epilepsy refers to a form of epilepsy in which women experience seizures as much as two times more intensity at specific times throughout their menstrual cycle, indicating a strong correlation between the sex hormones and seizures in those patients. Catamenial epilepsy affects between 30-60% of women who have an epilepsy disorder.

The three types of catamenial epilepsy in women include:

Estrogen, like testosterone, exerts an “excitatory” effect on brain cells, causing them to become more active.
Some women predominantly experience seizures at times during their menstrual cycle when their estrogen levels are elevated (periovulatory) seizures).

Progesterone is an important hormone that women produce during the second half of their menstrual cycle after ovulation. The hormone is produced in the corpus luteum, a temporary gland found in the ovaries.

Progesterone levels fluctuate naturally throughout the menstrual cycle. To get an idea of the extent to which levels can vary, this chart shows the changing amounts of progesterone in the blood as a woman passes through her cycle:

Progesterone interacts with estrogen and testosterone, the female and male sex hormones, respectively, in important ways. Its biological purpose is to prepare the body for a potential pregnancy in the event of a fertilized egg.

Because of its modulating effects on the sex hormones that can trigger epileptic seizures, progesterone supplementation has is a powerful anti-seizure therapy. The epileptic women in the study who were treated with progesterone experienced a 55% reduction in primary and secondary seizures.

Testosterone, the hormone produced in men’s testicles, is the primary sex hormone. Among other functions, it regulates sexual desire, stimulates sperm production, and causes secondary sex characteristics in men like body and facial hair and deepening of the voice.

Testosterone has been shown to “excite” the nervous system, which can lead to seizures on epileptic patients. Researchers believe that the excitability effects of testosterone are not due to the testosterone itself, but due to its conversion to estrogen through a process called aromatization. By aromatizing testosterone, the body seeks to balance estrogen and testosterone in the body to maintain homeostasis.

How Epilepsy can affect Testosterone levels

As high as 40% of men who have epilepsy also experience significant drops in testosterone.
Seizures affect the release of hypothalamic and pituitary hormones because these components of the endocrine system are located in the brain.

Men prescribed these medications should be aware of the potential negative impact on their hormone systems and ways to correct the issue.

What happens When Testosterone Levels Decline

Men who have low testosterone typically experience the following symptoms:

Treating Epilepsy: How Do I Know if Hormonal Imbalances Are Causing Seizures? 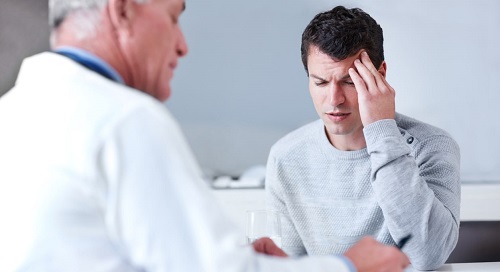 Patients with epilepsy understandably want to pinpoint the cause of their seizures so that a treatment protocol can be developed. A licensed endocrinologist (a doctor who specializes in treating hormonal imbalances) or another professional healthcare provider can assess the potential effect of hormones on the occurrence, frequency, and severity of seizures through a number of diagnostic tests.

Blood tests of both circulating hormone levels and any epilepsy medications like the ones listed above can help determine the contributions, if any, that epilepsy and its associated treatments make towards a patient’s hormone levels. In women, a pelvic ultrasound is frequently utilized to rule out other medical conditions.

Often, enlisting the help of multiple specialists can help speed along the right treatment. Epileptologists are special types of neurologists with expertise in identifying and treating epileptic seizure disorders. Neuroendocrine specialists study the interaction between the nervous system and hormones. Primary care doctors integrate all available information, from blood testing to doctors’ diagnostic notes to the patient’s medical history, to arrive at the optimal course of treatment.

Are Men with Epilepsy and Low Testosterone Eligible for Hormone Replacement Therapy?

Due to the unparalleled complexity of the human nervous system, the endocrine system, and the interactions between the two in vivo as well as the emergent nature of testosterone replacement therapy (TRT), the scientific understanding of TRT’s effect on epilepsy is still developing. Preliminary research shows that, at least in some cases with some types of epilepsy, TRT can not only restore depleted testosterone levels in patients with epilepsy but that it can actually reduce the frequency and intensity of seizures.

In other cases, though, it appears that testosterone introduced through injections to treat a deficiency using testosterone ester (Sustanon) actually caused a rebound in seizure activity after a period of remission. Only a professional healthcare provider can determine whether an individual is a suitable candidate for TRT. Epileptic patients require an extra layer of caution when receiving TRT, including vigilant monitoring for any adverse reactions to the therapy.

Because of the seizure-inducing aromatization of testosterone discussed earlier, doctors often include aromatase inhibitors as an “add-on” treatment to tamper down nervous system excitability. This treatment option is ideal for preventing seizures in epileptic patients who are receiving hormone replacement therapy.

The Bottom Line on TRT and Epilepsy

While a handful of epileptic patients may exhibit a worsening of epileptic symptoms caused by TRT, many have achieved astounding remission of symptoms following TRT. Only through careful screening can a professional healthcare provider determine the appropriateness of TRT in patients who have both low testosterone levels and epilepsy. To find out if TRT can help you recover your good health as it has for countless others, make an appointment today to speak with an experienced provider. If you are a patient with a form of epilepsy treatable with TRT, the therapy could prove to be life-changing.

Interesting Information for you
Testosterone, Immunity and Gender Differences
Testosterone with HGH: What to Expect