HGH Gut: The Risks And Reasons Of Bubble Gut

If you’ve spent time in the gym, you may have come across a hormone-related disorder that causes a bulge in the upper abdomen area. This condition, called “Palumboism”, is known by many nicknames: “HGH gut,” “roid gut,” and “bubble gut.”

Medically, HGH gut is termed “stomach distention.” HGH gut, or Palumboism, was first documented in the case of Dave Palumbo, an ultra-successful 90s-era bodybuilder who has admitted to illegally distributing HGH to other athletes as well as abusing HGH himself. Palumbo was sentenced to 5 years in prison for HGH-distribution charges in 2004.

Because of the role that performance-enhancing drugs (PEDs) play in the development of HGH gut, it is widely prevalent among athletes such as bodybuilders, weightlifters, and MMA fighters who seek to maximize their muscle gains with illicit substances.

What Is “Bubble Gut” in Bodybuilding? 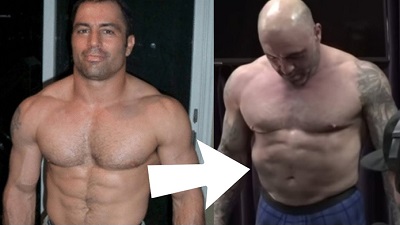 Bubble gut is most frequently on public display in bodybuilding competitions with shirtless contestants. Observers have noticed the hallmark signs of the condition even in high-profile celebrities such as Joe Rogan, leading many to speculate about the cause. Could enlarged gut be due to HGH use in these individuals?

The HGH gut phenomenon first came to prominence in the early to mid-90s as supplementation protocols utilizing HGH and insulin were developed to maximize gains in the gym. Joe Rogan, a podcaster, fitness enthusiast and dabbler in anti-aging medicine, has been open about his past HGH use for boosting athletic performance. Rogan has also confirmed his use of testosterone for similar purposes.

“I took a lot of different stuff. Now, I take human growth hormone and testosterone. I go for hormone replacement therapy. I don’t need more [testosterone]. It’s a very light dose. The testosterone is cream. It’s healthy. It does wonders for your body.”

The connection between Rogan’s HGH use and his bubble gut, which has been the subject of much analysis from medical doctors on the web, seems clear. But Rogan is not alone; scores of athletes who use HGH for performance enhancement have exhibited the same bubble gut symptoms. So, what causes HGH gut in bodybuilders and other athletes?

Interesting Information for you
Genotropin for Sale

As many medical experts who weigh in on HGH gut have confirmed, the exact causes of HGH gut are complex. Often, there is likely more than one contributing factor to the development of the condition. Several theories offer competing explanations for why hgh gut occurs.

Insulin, HGH and Diet:  The Known Causes of Bubble Gut 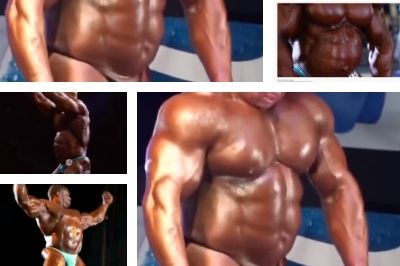 The most widely accepted explanation of bubble gut in athletes is that, over time, a combination of diet and insulin and HGH supplementation stimulates uninhibited large intestine growth and water retention in the muscles of the stomach. This speculation would explain the location of the growth in the upper abdomen, where the large intestines reside.

The gut, which is comprised largely of muscle, contains a large concentration of growth hormone receptors. Individuals who use HGH illegally as a supplement can experience undesired large intestine growth as a result, contributing to bubble gut.

Carbohydrates are converted into glycogen, which is then stored inside of muscle cells, along with water. The water retention caused by a high-carbohydrate diet is believed to play a role in the development of bubble gut.

The Bottom Line on the Cause of HGH Gut

Bubble gut is likely triggered by some combination of illegal HGH supplementation, insulin stacking and diet. In many cases, such as those of advanced bodybuilders, all three factors likely play a role in the occurrence of bubble gut.

How to Avoid HGH Gut 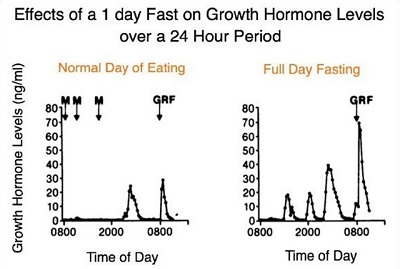 HGH gut is not inevitable; you can gain healthy, lean muscle without sacrificing your appearance and endangering your health. To avoid enlarged gut, consider the following strategies:

*Over time, excessive diuretic use is associated with kidney problems, so these medications are not part of a viable long-term strategy to prevent bubble gut.

How to Heal From Palumboism

If you’ve already experienced bubble gut and would like to correct the issue, the first step is to consider stopping your insulin and/or HGH supplementation until you can consult with a medical professional about the potential role these are playing in your own case.

In addition to adjusting the dosage of HGH or insulin, you can also aid in the healing process with the following strategies:

Many endocrinologists specialize in correcting health issues specifically related to performance-enhancing drugs (PEDs) such as HGH or insulin.

The Bottom Line on Gut Health and HGH

In nearly all cases, the characteristic accumulation of visceral fat and water retention seen in unhealthy enlarged gut is the result of the abuse of supplements and irresponsible diet. The issue of bubble gut due to unregulated and illegal HGH abuse illustrates the importance of always seeking care from a doctor with knowledge and expertise in the area.

Although bubble gut can impact both the appearance and health of those who experience it, the condition can be reversed with the right lifestyle adjustments and, when necessary, with clinical intervention.