One of the most common questions that we receive is whether human growth hormone (HGH) therapy is appropriate in cases of patients who have diabetes in addition to low HGH levels. Patients frequently present with both diabetes and HGH deficiency simultaneously, requiring flexible approaches to treatment and more careful consideration of the relative benefits and risks of each treatment type.

To help with understanding the relationship between diabetes and growth hormone deficiency, we’ve put together a guide containing all the information you need to know if you are a patient with both conditions.

Understanding Diabetes and Its Effect on the Endocrine System 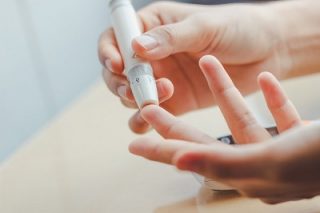 Diabetes is characterized by the body’s inability to properly process, metabolize, and store sugar. This inability to process sugar results in dramatic upticks in blood sugar levels after eating, causing a number of adverse health effects.

Diabetes comes in the following forms:

The endocrine system works in tandem with the rest of the body, so any disturbance to its regular function – such as the inability to properly process and control blood sugar in people with diabetes – will have reverberating effects on hormone levels.

Growth Hormone works closely in tandem with insulin-like growth factor-I (IGF-I), a hormone produced by the liver that is also anabolic. Together, IGF-1 and HGH support the healthy growth of tissue and the maintenance of bones in men.

HGH is called a “counter-regulatory hormone” in its relationship to glucose because, as glucose decreases in the blood of people with normally functioning blood sugar regulation, HGH levels increase in response. Most crucially, before beginning therapy, patients should consult with the doctor who is responsible for helping them to manage their diabetes to identify any specific underlying conditions that might interfere with HGH therapy success.

Connection Between HGH Levels and Diabetes in Adults

New research shows that low HGH levels contribute to the development of diabetes. Type 2 diabetes is characterized by insulin resistance – meaning that cells don’t respond as they should to insulin. Type 1 is caused by the lack of usable insulin in the blood. HGH plays important roles in the development of both types.

HGH and IGF-1 are now known to affect how receptive cells are to insulin. When the two hormones get low, the cells become increasingly unresponsive to glucose, ignoring commands to process the blood sugar properly. Instead, blood sugar stays circulating at dangerously elevated levels. 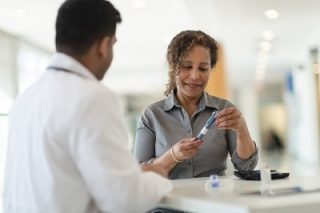 Hormone replacement therapy (HRT) refers to the practice of restoring the proper balance of the body’s hormones through the administration of synthetic versions, usually through injection.
GH replacement therapy is a common medical procedure that produces a number of potent health benefits, including for diabetics. Here is all you need to know about the role of HGH therapy in the successful treatment of diabetes.

The evidence of HGH as a breakthrough treatment for type 1 diabetes is incredibly promising for future treatment. In the most recent discovery of the important role that HGH plays in proper insulin functioning, researchers found that injection of HGH stimulates the production of insulin, the missing hormone in people who have type 1 diabetes. Researchers are optimistic that this discovery will transform how type 1 diabetes is treated and, ultimately, may aid in its eradication entirely.

The most recent scientific evidence proves that, just as in type 1 diabetes, HGH therapy improves glucose metabolism in patients with type 2 diabetes as well. In addition to lowering blood sugar levels, the study participants with type 2 diabetes also witnessed remarkable improvements in body composition, meaning that they lost significant amounts of fat.
Many of the conventional treatment strategies for type 2 diabetes focus on managing the symptoms rather than addressing the dysfunctional hormone system that is the root cause of the disease.
By fixing the underlying dysfunction of diabetics’ hormone system with HGH supplementation, researchers hope that this represents the next phase in the war against diabetes.

DO I HAVE HGH DEFICIENCY
Start Quiz

The most effective HGH medications utilize subcutaneous (under the skin) injections on a regular basis for a set period of time or until the desired results are achieved. HGH supplementation should always be performed under the care of a licensed provider.
The following HGH medications are most frequently used for effective diabetes treatment:

These medicines are the highest-quality forms of somatropin sold in the US. For each, patients begin therapy with .15-.3 milligrams each day, adding .1 mg to the daily regimen each month as therapy progresses. HGH supplements come with easy-to-follow instructions for injection. 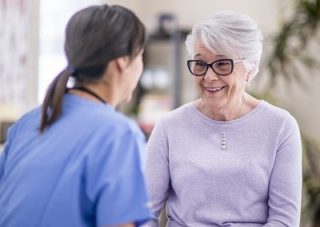 In one case of a bodybuilder who abused steroids and HGH, HGH was found to have contributed to the development of diabetes. Never mix hormones or use products from questionable sources. HGH therapy is only safe under the supervision of an experienced healthcare professional.

If you have diabetes and are interested in potentially augmenting your health by improving circulating levels of growth hormone, give us a call today. We can arrange a consultation with an experienced doctor who will go over your options with you.