Home » Blog » Foods that increase HGH: How to Optimize Your Diet to boost your GH Production

Foods that increase HGH: How to Optimize Your Diet to boost your GH Production

As we age, many of us experience drop-offs in energy levels, an inability to sleep, cognitive difficulties, or poor mood. While we may be tempted to chalk this up to “getting older,” the reality is that you could have a hormonal deficiency that needs to be addressed. 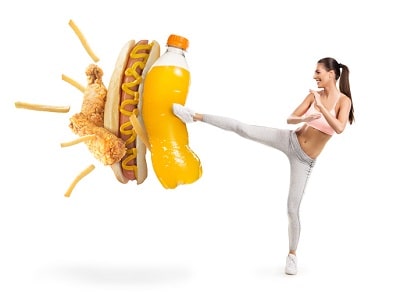 Human growth hormone (HGH) deficiency is one of the most common hormone disorders of the present era. As hormone testing becomes more cost-effective, accessing the necessary diagnostic procedures to assess potential hormone deficiencies has become more accessible for patients. The result is that more and more Americans are becoming aware of their damaged hormonal health. The question becomes: what options exist to safely treat HGH deficiencies?

Before considering more involved (and costly) measures like hormone replacement therapy for low human growth hormone levels, patients with HGH deficiencies should consider how their diet and food affect the levels of this hormone in their bodies.

HGH deficiencies, along with other hormonal deficiencies, are unfortunately on the rise in the West. Although the reasons are complex and interconnected, our generally poor North American diets lack the nutrition that our bodies need to continuously produce and distribute the crucial hormones that keep us alive and healthy.

If you’ve been diagnosed with an HGH deficiency, we’ll explore tactics to incorporate into your overall strategy to raise HGH production back to optimal levels.

*In this article, we’ll focus on the last item here – your diet. The old adage that we are what we eat is a cliché because it contains a serious truth: what we eat arguably impacts our hormonal well-being more than any other single factor outside of genetic disorders.

No hormone therapy regimen is complete without taking a hard look at what you eat and how those foods have affected your HGH levels positively or negatively.

The top 20 foods that increase growth hormone are:

Do Supplements Work to Increase HGH? 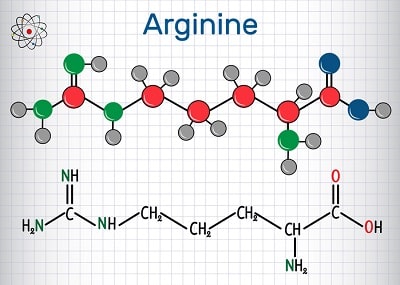 In formulations for oral ingestion, somatropin – the pharmacological term for synthetic HGH — is ineffective because the stomach acids break down the molecular structure of the hormone before it reaches the blood, rendering it essentially use. For this reason, subcutaneous (under the skin) administration of HGH is the only reliably effective method for elevating HGH with somatropin. Oral HGH supplements don’t work.

Because of their popularity among athletes and bodybuilders, amino acid supplements are widely available at most retailers. They are a superb complimentary supplement for patients interested in the natural stimulation of HGH secretion.

Does L-Arginine Increase HGH Concentrations in the Blood?

Of all amino acids, l-arginine is the most potent for improving HGH levels. L-arginine supplementation is capable of producing 100% HGH increases in subjects with deficiencies. Paired with intense exercise, l-arginine can potentially boost HGH by as much as 200%.

L-Arginine is one of the most powerful natural HGH secretagogues known to science.

The Importance of Intelligently Timing Your Meals (Intermittent Fasting)

In addition to the importance of what we eat, you should also consider the significance of when and how often you eat. Studies have shown that HGH levels peak in a fasted state as the pituitary gland works more efficiently. Therefore, an intermittent fasting program could be a great addition to your HGH-boosting arsenal.

How Carbohydrates In Our Foods Impact HGH Levels (Insulin vs. HGH)

Our nutritional intake is broken down into three categories: fats, proteins, and carbohydrates. These are called macronutrients. Most of us in the form of candy, chips, sodas, pastas, breads, and other glutinous meals. Excessive carbohydrate intake, in fact, is correlated with an increased incidence of a number of chronic diseases like diabetes, metabolic syndrome, inflammation-based disorders, and others.

Carbohydrate-rich foods hurt HGH levels by spiking insulin. Insulin is known to interact antagonistically with HGH – as insulin concentrations in the blood rise, HGH levels fall. Unfortunately, the data on what constitutes “low carb” vs. “high carb” eating in terms of caloric burden is murky.

Some dieticians and health practitioners, for example, advocate the ultra-strict ketogenic diet in which nearly all carbohydrate intake is eliminated.

However, there are concerns about the long-term impacts of the ketogenic diet on hormonal health. It is also difficult to follow as it precludes a wide range of foods that contain carbohydrates.

You don’t need to cut out all carbs to benefit your HGH levels. The chart below shows the rough definitions of “low,” “moderate,” and “high” carbohydrate intakes as they relate to overall caloric consumption. To maximize HGH production, consider pushing your daily carb intake into the “moderate” range or below. The web is full of user-friendly apps that track macronutrient consumption, so keeping tabs on your dietary habits is easier than ever. 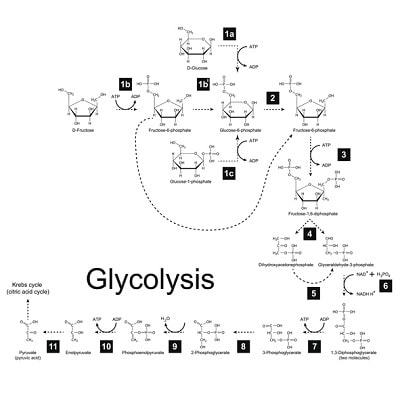 The data shows that patients with HGH deficiencies are more likely to develop metabolic syndrome. The term “metabolism” refers to how the body processes, uses, and stores energy.

“Metabolic syndrome,” to the in turn, refers malfunction of metabolic processes. It is characterized by high blood pressure, insulin resistance (a marker of potential type-2 diabetes), fat accumulation (particularly around the abdomen, what is often called “belly fat”), and unhealthy cholesterol levels.

In one study on middle-aged, moderately obese patients who received HGH therapy, the researchers concluded that HGH dramatically improved the symptoms of metabolic syndrome.

This research demonstrates that, although diet modification is crucial for obese patients, hormonal health is intimately tied to metabolic function.

The compounds, vitamins, and nutrients that have the evidence-backed capacity to elevate HGH include: 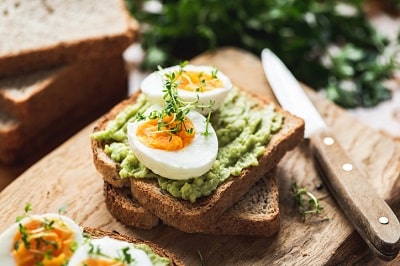 Vitamin D has been seen to exert a titrating effect on HGH release, meaning that it influences how much HGH the pituitary gland releases and when. Vitamin D deficiency among the general population is a serious concern. As much as 70% of the population does not get enough through food and sun exposure.

To ensure that you are getting an adequate amount of Vitamin D to support your HGH levels, consider adding more dairy, eggs, and fatty fish to your daily routine.

Aside from diet, the time-tested, most effective method to elevate Vitamin D intake is through sun exposure. Even just 30 minutes outside on a sunny day will substantially increase Vitamin D concentrations over time.

Your hormone health, as well as your overall health, hinges on the fuels that you introduce to your body on a regular basis. When you optimize your diet following the tips that we outlined here, you are sure to notice upticks in HGH levels via blood tests in addition to an overall improvement in well-being.

Reducing carbohydrate intake, for the reasons discussed earlier, is crucial for achieving better hormonal profiles. Likewise, intermittent fasting also keeps insulin levels in check and fuels the release of HGH by the pituitary gland. If you have been diagnosed with an HGH deficiency, a complete overhaul of how, when, and, even more fundamentally, why you eat is the first step in your journey to naturally elevating your circulating HGH levels.

If you suspect an HGH deficiency or just want to explore your dietary options further in terms of naturally increasing HGH, then give us a call. Our staff is always ready to schedule your appointment with one of our trusted hormone replacement doctors.