Home » Blog » What Is Somatropin and How Does It Work?

What Is Somatropin and How Does It Work?

Adult patients who have been diagnosed with a human growth hormone (HGH) deficiency may have heard of the drug somatropin as a potential treatment option. To help individuals with HGH deficiencies better understand how replacement therapy with somatropin could produce positive long-term hormonal changes, this article will serve as a comprehensive introduction to the drug, how it is produced, its therapeutic mechanisms of action in the body, what benefits it offers patients affected by deficiencies, its safety profile, and more. 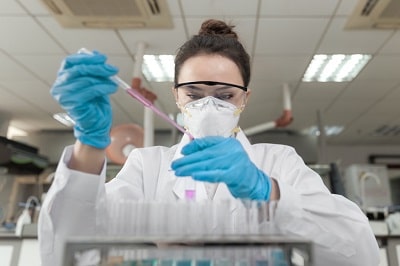 “Somatropin” is the pharmacological term for recombinant human growth hormone (rHGH). It is commonly referred to as simply “HGH” or “GH.” Somatropin is a peptide hormone, meaning that it is comprised of amino acid chains in unique sequences.

As it is produced naturally in a small gland situated in the brain called the pituitary, somatropin serves critically important roles in a number of physiological processes for all people. In patients with deficiencies, though, the pituitary gland fails to distribute adequate quantities of HGH. In turn, the reduced HGH supply can trigger several chronic and debilitating health conditions. We’ll explore the various activities of somatropin in the human body further on.

Several US manufacturers produce high-quality synthetic somatropin that can be used to augment the body’s natural production in patients battling deficiencies. The highest-regarded firms that manufacture patented somatropin formulations include:

Additionally, dozens of non-US pharmaceutical companies across the globe produce somatropin. However, due to the questionable production processes and poor regulatory oversight in the Third World, using foreign HGH supplements is unsafe. At HGH Therapy Clinic, for our replacement therapies, we utilize only the highest-quality, purest somatropin products manufactured by the leading US firms listed above.

Interesting Information for you
Somatropin For Sale
HGH Therapy Benefits

A Brief History of Somatropin

Growth hormone deficiency (GHD) is a serious medical condition that can either be inherited through genetics (congenital GHD) or develop throughout life (acquired GHD) – for example, as a result of a brain tumor of trauma. Rarely, there is no apparent cause of the disorder (idiopathic GHD). 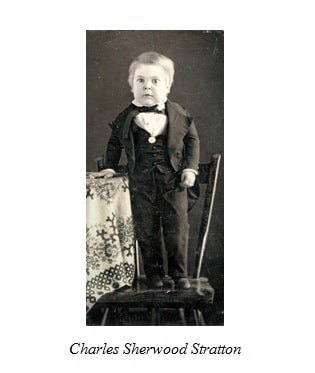 Historically, people with GHD were fated to suffer through the condition as there was no known cure. Superstition often attributed the cause of GHD to supernatural causes (i.e. “curses”). Individuals with GHD like Charles Sherwood Stratton were often featured in carnival acts as oddities.

This was the unfortunate reality for GHD patients prior to the middle of the 20th century. In 1950, Dr. Maurice S. Raben, a professor at Tufts University School of Medicine, made a huge breakthrough in the field when he successfully purified HGH taken from human samples in a sufficient quantity to treat a young patient with a deficiency.

The research into supplementation using endogenous (sourced from outside the body) hormones then took off in earnest, with impressive advances over the ensuing decades. While the HGH taken from humans that was used in the early phases of therapy could restore optimal levels in GHD patients, it had serious drawbacks, the most serious of which was the transmission of debilitating neurological diseases like Creutzfeldt–Jakob disease (CJD) through the hormones. CJD is 100% fatal in all cases.

Enter somatropin to the rescue. In the 1970s, recombinant DNA technology represented a fascinating yet poorly explored field of medicine with enormous potential.  Essentially, utilizing recombinant DNA to create synthetic HGH involves introducing human genetic material to bacteria which then begin to produce their own somatropin that can be extracted and used as medicine.

Transitioning to the 80s, pioneering drug developers began experimenting with ways to produce mass quantities of synthetic HGH that is structurally identical to the HGH naturally produced in the brain. The synthetic recombinant human growth hormone (rHGH) became known as “somatropin.”

The pharmaceutical firm Genentech introduced the forerunner of somatropin, a drug called somatrem and marketed as “Protropin,” to American patients in 1981. Several other major companies, including Eli Lily and Pfizer, followed suit, and somatropin became widely available across the US for patients with GHD. Because of its impressive effectiveness and solid safety profile in clinical testing, somatropin quickly replaced earlier treatment modalities as the first choice among physicians for treating both youth and adult therapy patients.

How Is Somatropin Produced?

Growth hormone can be produced in one of two ways:  either naturally in the pituitary gland (endogenous HGH) or synthetically in a laboratory (exogenous HGH). The pituitary gland produces and distributes endogenous HGH. The gland releases HGH into the blood through pulsatile secretions with the greatest amounts of HGH secretion occurring during the initial phases of the sleep cycle. Once in the blood, HGH arrives at the liver where it signals for the release of its partner hormone, insulin-like growth factor 1 (IGF-1).

HGH travels from the pituitary gland to the liver where it joins with IGF-1, another crucial anabolic hormone, to be dispersed throughout the body as they perform their important work together.

In healthy people, the pituitary’s natural HGH supply is sufficient to complete all the hormone’s necessary activities in the body. Individuals with underperforming pituitary glands, though, must rely on exogenous HGH that is produced in a lab to supplement their natural levels. 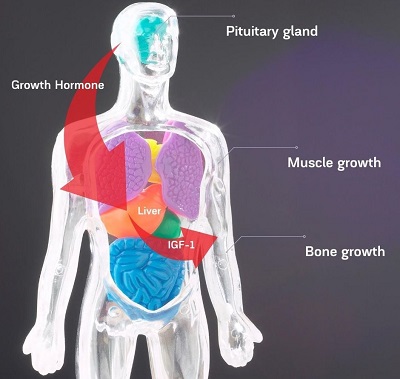 Lab-produced, exogenous HGH, or somatropin, is molecularly identical to the version produced in the human pituitary gland. As we discussed in a previous section, the fascinating production process for somatropin includes injecting selected bacteria with new genetic codes that catalyze them to create somatropin – effectively turning bacteria into the proverbial fertile soil in which HGH can be “farmed.”

How Does Somatropin Work In the Human Body?

HGH is generally categorized as a “building” hormone. As such, it serves a number of important anabolic functions across various systems that include:

*Now more than ever in the age of COVID-19, putting your immune system in the best position to defeat harmful pathogens is critical. For patients with HGH deficiencies, any immune-strengthening plan should include optimizing HGH levels through replacement therapy.

HGH deficiencies in adults rarely correct themselves on their own. In nearly all cases, therapeutic interventions are necessary to restore the quality of life in affected patients. Because synthetic somatropin is bioidentical to pituitary-produced, natural HGH, the two forms of somatropin exert exactly the same effects in the body.

The Concerning Rise of HGH Abuse Among Athletes

Because HGH has the potential to spur muscle growth, athletes who rely on strength – such as those who participate in football or combat sports – increasingly turn to HGH as a supplement to help them achieve gains. However, the unprescribed use of somatropin for individuals who do not have a documented medical need is dangerous and ill-advised, in addition to being illegal.

How Do Doctors Safely Perform Hormone Replacement Therapy With Somatropin? 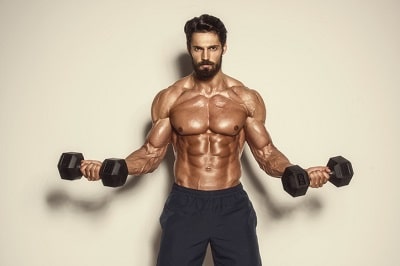 Hormone replacement therapy (HRT) refers to the careful supplementation of exogenous hormones in patients who have been diagnosed with deficiencies. As we mentioned previously, HRT with recombinant growth hormone can only be performed safely in a clinical setting, under the supervision of an experienced professional, utilizing pure HGH from a reputable US-based manufacturer.

The typical step-by-step procedures for HGH replacement therapy include:

Most therapy patients experience positive results in a matter of weeks.

Is Somatropin Safe for Therapeutic Use? 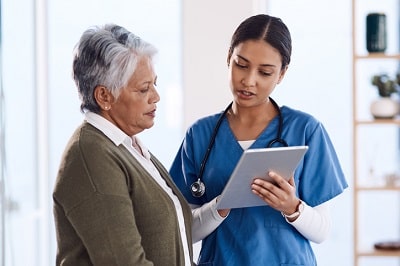 Because of their similarity to endogenous versions, bioidentical hormones have exceptionally favorable safety profiles. While the vast majority of patients respond well to HGH replacement therapy, there are a number of conditions that preclude the procedure as a safe option for achieving optimized hormone health.

Common contraindications against somatropin use in HGH therapy are:

Responsible therapy providers thoroughly screen patients for all known contraindications, including the ones listed above and others that are more uncommon.

Although HRT with growth hormone is largely safe under appropriate medical supervision, it must be administered responsibly to achieve optimal benefits without risk of long-term injury or death. To re-emphasize the importance of seeking care from a qualified healthcare practitioner, patients who seek to self-medicate or rely on non-experts for HGH therapy seriously jeopardize their well-being.

Always seek the expertise of a properly credentialed HRT professional for HGH replacement therapy with somatropin.

What Forms Does Somatropin Come in for Therapeutic Use?

Because somatropin is broken down by stomach acid if ingested orally, the only bioavailable forms of supplementation are either designed for administration under the skin (subcutaneous) or for direct injection into muscle tissue.

We’ll explore each type of somatropin administration below. 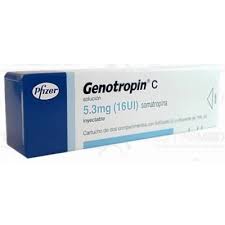 The term “subcutaneous” injection refers to the intravenous administration of therapeutic formulations into the fatty (adipose) tissue just beneath the skin. The practice is increasingly common among HGH therapy providers because it allows for the slow, steady absorption of the synthetic hormones into the blood. This slow IV drip-like release of HGH mimics the pituitary gland’s pulsatile, staggered natural HGH release, making it an attractive option for this specific type of therapy.

The evidence concerning subcutaneous HGH administration is not all positive. There is some evidence that subcutaneous injection of HGH may lead to the detrimental development of antibodies in some patients that can hinder the effectiveness of the synthetic hormone in vivo. Subcutaneous HGH is administered via shots to the shoulder, similar to the manner in which many vaccinations are performed.

The majority of commercially available HGH supplements currently on the market call for intramuscular injection. Some manufacturers produce both subcutaneous and intramuscular varieties of somatropin.

Subcutaneous vs. Intramuscular Injection: Which Method Is Best?

A multitude of studies investigating the relative benefits of each administration method have shown that both achieve statistically similar results. While subcutaneous administration in HGH therapy may be better-tolerated by patients who are averse to needles and requiring less frequent injections, intramuscular formulations are generally more cost-effective and well-studied in terms of achieving lasting HGH gains.

The correct choice will differ on a case-by-case basis, depending on the patient’s needs and preferences.

How Much Does Somatropin Cost?

Due to the labor and resource-intensive production process, somatropin can pose a financial burden to the families of patients who require replacement therapy. The exact and final cost of therapy varies from patient to patient and depends on a number of factors, the most important of which is the duration of therapy and the quantity of somatropin that is needed.

On average, the cost of HGH therapy ranges between $600-$1,500 per month on treatment that typically lasts between 3-6 months before the anticipated benefits can be achieved.

The somatropin itself that is used in therapy represents by far the single biggest cost for patients. In the chart below, you can see the relative costs of somatropin in a side-by-side comparison of the largest US producers:

Since the average HGH therapy patient usually requires 0.15-0.3 mg per day, the price of therapy can add up quickly. In the chart below, we’ve broken down the typical costs involved for an average all-inclusive final cost:

How Can Therapy Patients Save on Somatropin?

Naturally, many patients who require replacement therapy and their families are interested in how to cut down on some of the burdensome costs associated with the procedure. Fortunately, there are several ways to make somatropin more affordable on a budget. First, consider sourcing your HGH in bulk. Like all commodities, the per-milligram price of HGH declines as your purchase higher quantities.

The second important strategy to consider for saving substantially on somatropin is to utilize waste-free injection pens. While slightly costlier on the front end than more standard vial-and-syringe options, injection pens save serious amounts of cash over the long term by reducing the somatropin lost during administration.

Exploring Your Therapeutic Options With Somatropin

If you suspect that you or a loved one may be affected by an HGH deficiency based on the symptoms described earlier, if you are curious about the state of your endocrine health, or simply want to learn more about how somatropin may help in your case, please don’t hesitate to contact HGH Therapy Clinic. Our friendly staff will gladly schedule an initial visit to get started on your journey to recovered vitality via replacement therapy.