Home » Blog » The Different Types of HGH: What Options Do US Patients Have?

The Different Types of HGH: What Options Do US Patients Have?

Human growth hormone (HGH) comes in multiple forms. As a patient, knowing the differences – and the relative benefits and drawbacks – of the various HGH supplements on the US market is critical to forming the correct therapy strategy. For quick reference, the chart below illustrates the important distinctions between injectable HGH (somatropin) and non-injectable HGH.

In this article, we’ll delve into the various form of HGH, their medical applications, and how to make the most informed decision to achieve your anti-aging health goals.

What Is HGH and What Function Does It Serve in Protecting Health? 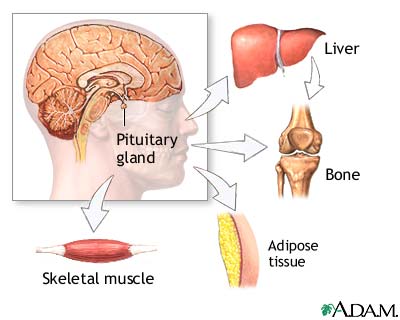 Human growth hormone (HGH) is a naturally occurring anabolic hormone, meaning it promotes healthy tissue development and spurs muscle growth, among other roles in the body. The pituitary gland – a tiny pea-sized structure in the mid-brain region – produces HGH naturally and secretes it in a pulsatile rhythm according to the body’s natural sleep-wake cycle, or circadian rhythm.

As the chart above illustrates, the greatest volume of HGH released by the pituitary gland occurs at night during deep sleep. For this reason, getting at least 7-9 hours of high-quality sleep each night is essential for naturally high HGH levels.

Due to HGH receptors being found in virtually every major organ and tissue, its activities in the body are numerous. They include:

HGH, once distributed into the bloodstream by the pituitary gland, then travels to the liver where it signals the release of another important anabolic hormone called insulin-like growth factor 1, or IGF-1 for short. Working together with HGH, IGF-1 performs the following tasks:

In addition to the responsibility for spurring IGF-1 one levels, HGH also interacts with other glands and organs to regulate the release of various other hormones. These complex interactions that are critical to normal endocrine system (hormone system) function are called feedback loops. The graphic below illustrates one feedback loop involving HGH that includes ghrelin (the “hunger hormone”), IGF-1, HGH, and multiple organs like the liver and stomach. This hormonal connection demonstrates why, for instance, HGH is so important for metabolism and weight management.

As such, maintaining sufficient HGH levels throughout life – not just in childhood — is critical for optimal long-term health, not only due to the important work that HGH does directly but also because of the balancing effect that it exerts via feedback loops.

What Is HGH Deficiency?

Following the discovery of HGH and its role in health in the early 20th century (see the section on the medical history of HGH below), researchers established through their clinical investigations the normal parameters for blood concentrations of HGH:

Unfortunately, as humans age, our pituitary glands naturally produce progressively less and less growth hormone, which can begin to have (often profound) negative health effects. When levels fall below the established clinical thresholds depicted in the chart at the beginning of this section, the patient is diagnosed with a growth hormone deficiency, or GHD. GHD can lead to a variety of negative health effects such as: 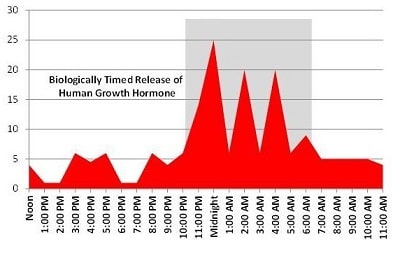 Unwanted weight gain (especially belly fat, of “visceral fat,” a dangerous form of adipose tissue buildup that not only looks unattractive but also puts the patient at greater risk of cardiovascular and neurodegenerative disease).

Osteoporosis (bone weakening). One of the biggest health risks that aging patients encounter is the progressive loss of bone density, known clinically as osteoporosis, often as a result of an HGH deficiency. Left untreated, osteoporosis increases substantially the risk of fractures due to falls or other accidents. In the 21st century, though, patients experiencing GHD have hope. Hormone replacement therapy (HRT) – the practice of safely correcting hormonal imbalances (for example, in the case of GHD) – is more affordable and effective than ever thanks to advances in technology, improved therapy techniques, and wider interest in the proven benefits of this revolutionary type of medical treatment.

The reality, though, is that not all HGH supplements are created equal. For maximum benefit, choosing the correct form of HGH on a case-by-case basis is paramount. Which type of supplemental HGH might be right for you if you are diagnosed with a deficiency? Let’s get into it.

A Brief Medical History of HGH 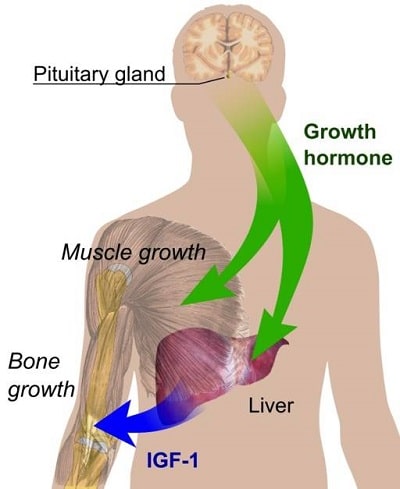 2021 marks the 100th anniversary of the beginning of the HGH revolution. While many ancient physicians attempted to explain the physiological process of tissue and organ development, it was not until the early 20th century (1921, to be exact) that medical experts first identified the possibility of a hormonal explanation. While the theoretical framework for a growth-inducing hormone was strong, it took scientists another 35 years to actually identify what is now known as human growth hormone (HGH). Consequently, beginning in the 1950s until the 1980s, doctors began extracting HGH from deceased patients and introducing it intravenously to children with GHD.

This rudimentary form of HGH therapy, however, proved to be a disaster. At a minimum, the doctors pioneering this treatment recorded 26 confirmed cases of Creutzfeldt-Jakob disease, a serious and fatal brain-wasting condition.

The Various Types of HGH

As we will explore here, HGH comes in many forms. Here are the critical distinctions.

In terms of origin, HGH can be divided into one of two categories: 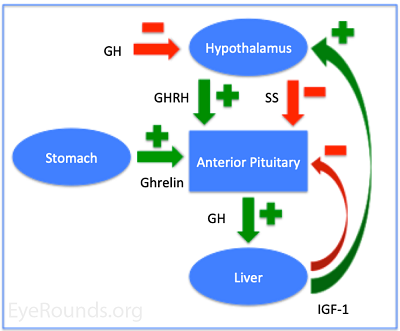 In the United States, the brands of somatropin licensed for use in HRT patients are listed below (with the pharmaceutical manufacturer in parenthesis):

HGH for Children vs Adults

Understandably, many adult patients diagnosed with GHD are confused: isn’t growth hormone just important for childhood growth? Here are the distinctions between HGH for children vs. HGH for adults. 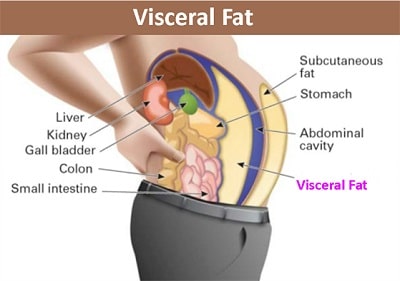 HGH medications and supplements can be further roughly divided into two categories: injectable and non-injectable varieties.

The most popular, convenient, and easiest application method of injectable HGH relies on a “pen.” These devices are called “HGH injection pens.” They utilize refillable cartridges and automatic mixing and dose titration.

Whereas most injectable HGH formulations require daily injections to work optimally, the drug authority recently approved a once-weekly HGH medication called Sogroya (somapacitan). Sogroya works when administered once weekly because it has a longer half-life than traditional somatropin and is therefore longer-acting than its close cousin.

Popular pill forms of non-injectable HGH – which are often marketed as “HGH releasers” — frequently contain a number of ingredients:

These supplements, while they have certain health benefits on their own, are not approved by any governing medical authority to treat clinical cases of GHD in the same way that injectable somatropin is.

Interesting Information for you
HGH For Sale
HGH Therapy Cost

The most popular forms of non-injectable HGH are:

The bottom line on injectable vs. non-injectable HGH: The only proven, long-term solution for patients with GHD is regular injections of somatropin (using one of the medically approved brands listed previously). Oral HGH pills and other medications available over-the-counter do not meet the same rigorous safety and efficacy standards as approved somatropin for injection.

Prescription Requirements For Different HGH Products: Do You Need a Doctor’s Note? 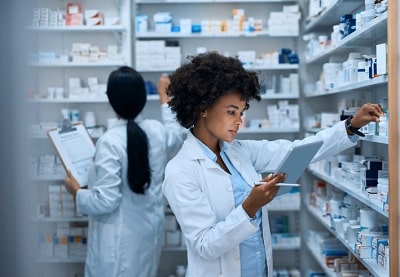 For certain medications, the US Food and Drug Administration requires patients to legally obtain a prescription from a doctor licensed to practice medicine in the United States. Whether your HGH supplement requires a prescription will depend on the type:

Improper HGH use – or the utilization of sub-par HGH supplies not approved by the authorities of health protection – carries a significant risk of side effects which can include:

When considering a new HGH supplement, you should be aware of the acute risks of sub-par products sourced from the Third World. The World Health Organization, in 2017, released a stunning report that found that 1 in 10 medical supplies – including potentially HGH supplements – sourced from the Third World (places like China and India) are either substandard or fake. For the reasons explored above, it is absolutely imperative that patients with growth hormone deficiencies seek care from an experienced, licensed endocrinologist (hormone doctor).

Never gamble your health and safety by utilizing unapproved HGH supplements or by attempting to balance your hormones without the guidance of a medical professional.

Only injectable HGH (somatropin) is clinically proven to effectively and safely elevate HGH levels in individuals with HGH imbalances:

The most profound, proven anti-aging effects of injectable HGH (somatropin) include:

Below is a general timeline regarding the benefits that patients receive following the administration of somatropin over time. Keep in mind that the timeframes for these results are estimates; the benefits may appear more quickly or slowly on a case-by-case basis:

When you visit your endocrinologist – following a GHD diagnosis but before beginning therapy – he or she will devise a personalized therapy protocol based on several factors such as your age, health and wellness goals, the severity of your deficiency, and other factors. The general parameters for a typical somatropin dosing regimen are below:

Cost is another important consideration for many patients. While HRT with growth hormone is certainly not cheap, it is now within the financial grasp of most middle-income Americans. Here you will find the typical average monthly cost to US patients receiving HGH replacement therapy:

Here are a few of the most commonly asked questions about HGH and hormone replacement therapy.

How many types of HGH are there?

There are two main types of HGH supplements available to US patients:

Injectable HGH (somatropin) is thoroughly clinically tested and approved by the ministry of health protection to treat GHD in adults. Non-injectable HGH supplements – including patches, gels, sprays, and pills – are not approved for the treatment of GHD.

How do you classify HGH?

What is the best HGH to use?

As we explored in-depth in previous sections of this article, injectable HGH (somatropin) is the only HGH supplement proven to effectively raise HGH to healthy levels in patients with diagnosed growth hormone deficiencies.