Parkinson’s disease attacks the central nervous system, which, among other physiological activities, coordinates movement. The vast majority of Parkinson’s patients are elderly. The condition is progressive, meaning that those who develop Parkinson’s disease generally see a gradual increase in the severity of their symptoms. 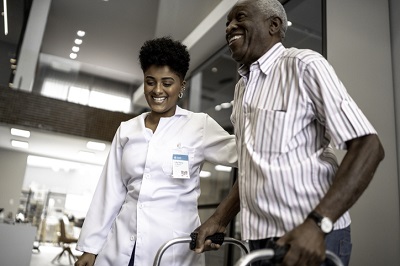 Here, we will explore the causes and symptoms of Parkinson’s disease, the role that hormones play in the process, and how hormone replacement therapy (HRT) can help in slowing the development of the disease.

What Is ‘Neurodegeneration’ in the Aging Brain and Why Is It Important?

As we age, we are increasingly susceptible to changes in the brain that, left untreated, can lead to devastating and, eventually, fatal outcomes for the individuals who experience them. “Neurodegenerative disease” is defined as:

“An umbrella term for a range of conditions which primarily affect the neurons in the human brain. Neurodegenerative diseases represent a major threat to human health. These age-dependent disorders are becoming increasingly prevalent, in part because the elderly population has increased in recent years.”

It’s important to keep in mind that Parkinson’s disease is just one of many conditions that are classified as “neurodegenerative diseases.” Other examples of illnesses that fit into this category include:

What Is Parkinson’s Disease and How Does It Affect the Mind and Body?

Parkinson’s disease is a disorder of the central nervous system that develops slowly over time. Its namesake is James Parkinson, a British scientist who first identified the disease in 1817. Over the long term, Parkinson’s disease results in various motor and cognitive symptoms that harm the quality of life and ultimately lead to death.

Researchers are still working out the exact mechanisms that trigger Parkinson’s disease. However, there is growing consensus that the root cause is the deposit and accumulation of misfolded proteins – so-called “Lewy bodies” – inside of neurons (brain cells). Over time, the accumulation of Lewy Bodies in the brain leads to dementia. Once dementia sets in, as the chart above shows, survivability drops dramatically. As Parkinson’s disease progresses, the risk of dementia (PDD) increases.

As you can see, the progressive risk of dementia in Parkinson’s disease is quite similar, statistically, between the sexes. There is a strong genetic component to the condition – if one or both of your parents or other close relatives have Parkinson’s disease, your individual risk is significantly higher. Exposure to toxins in the form of caffeine, processed foods, smoking, and pesticide exposure may speed up the development of the disease in individuals who are genetically predisposed.

The symptoms of Parkinson’s disease are mainly related to motor and cognitive function. They include:

Unfortunately, no lab tests are yet available to confirm the presence of Parkinson’s disease. Instead, doctors make diagnoses for patients based on the symptoms enumerated above. 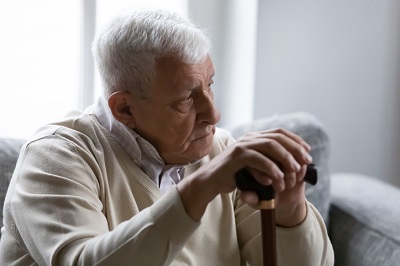 Currently, there is no proven method to prevent the neurodegeneration associated with Parkinson’s disease. Fast-paced research has uncovered many exciting new possible therapeutic modalities for Parkinson’s disease, though, that can dramatically slow down the cognitive decline to provide at least some Parkinson’s patients some degree of long-term functionality. Several medications have been shown to potentially slow the disease trajectory:

Three types of brain surgery may also produce positive results. They are:

Some of the promising therapies and practices for treating Parkinson’s disease are:

What Is the Connection Between Hormones and Parkinson’s Disease?

Age-related disease, including Parkinson’s, is driven largely by hormonal shifts that occur over time. Several hormones are implicated in the neurodegenerative process of Parkinson’s disease. We explore them below. 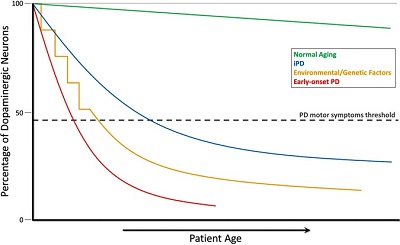 Most critically, Parkinson’s disease is driven by low dopamine levels. Dopamine is a neurotransmitter (a special type of hormone that regulates brain activity). When Lewy Bodies are deposited in the substantia nigra region of the brain – the part that distributes dopamine – levels of the neurotransmitter drop significantly, leading to the signs of Parkinson’s such as tremor and slowed movement.

The chart below shows the decline in dopamine levels consistently observed in Parkinson’s patients.

The chart above shows the correlation between dropping testosterone levels and progressive Parkinson’s disease (PD). This relatively similar phenomenon is observed in Alzheimer’s disease (AD).

Adequate levels of circulating HGH in the body are indispensable for healthy aging. HGH keeps bone, muscle, and organ tissue (including the brain) healthy by stimulating cellular regeneration and healthy cell recycling. Hormonal therapy with HGH has shown effectiveness in reducing the symptoms and slowing the progression of Parkinson’s disease in clinical studies: 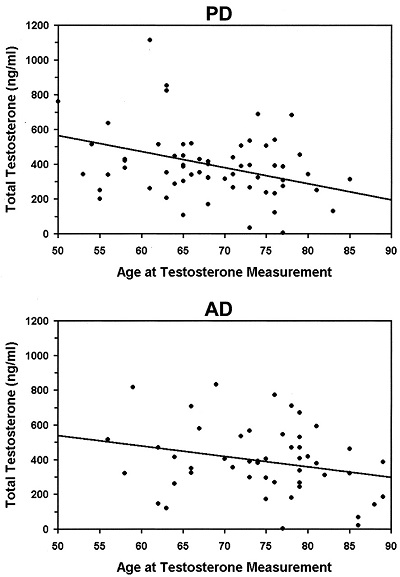 “The study, an early phase clinical trial designed to test the safety of administering the protein directly to the brain, found the therapy significantly improved motor skills and reduced tremors in five patients with Parkinson’s disease.”

In addition, mounting evidence suggests that deficiencies of a hormone closely linked to HGH — insulin-like growth factor 1 (IGF-1) — may also drive the development of Parkinson’s disease and negatively affect a patient’s prognosis. This discovery is important because HGH triggers the release of IGF-1. So, as clinical trials have demonstrated, HRT with HGH can boost IGF-1 levels and, in turn, mitigate the symptoms of Parkinson’s disease.

Neuroscientists (brain doctors) now understand that estrogen, the main female sex hormone, plays a direct role in the creation and distribution of dopamine:

“Animal studies show that estrogens influence the synthesis, release, and metabolism of dopamine and can modulate dopamine receptor expression and function.”

In light of recent breakthroughs in the understanding of the role that estrogen plays in Parkinson’s disease pathology, estrogen replacement therapy (ERT) is now a standard treatment protocol for menopausal and postmenopausal women that is used to slow the progress of Parkinson’s disease.

The thyroid hormones regulate metabolism, protein synthesis, bone growth, and, most importantly for this discussion, neural maturation. Hypothyroidism causes slowed movement, stiffness, and impaired cognitive function. There is no hard evidence linking hypothyroidism to worsening Parkinson’s disease, but there is significant overlap in the clinical manifestations of each condition. Accordingly, HRT may treat symptoms that persist in patients despite other therapeutic interventions intended to target the pathophysiology of Parkinson’s disease. Instead, modulating thyroid levels targets the true source of symptoms in these cases.

Get in touch with an experienced endocrinologist today to explore your symptoms, conduct necessary tests, and develop a holistic, anti-aging treatment strategy that includes critical hormone management as it pertains to protecting long-term brain health. While we wait for more research and new treatment options, HRT is proven to improve Parkinson’s disease symptoms in patients who have hormone deficiencies.

Even if you don’t believe that you or your loved one with Parkinson’s disease has a hormone deficiency, only a blood test can determine your levels of critical hormones. Don’t dismiss the importance of good endocrine health – it could mean the difference between years of healthy aging and the early onset of debilitating neurodegenerative diseases such as Parkinson’s or Alzheimer’s.