Homeopathic HGH Overview: Can Gel or Spray Make You Look and Feel Younger?

Sales of “homeopathic HGH” products have soared in recent years. The slick marketers of these products claim that they produce similar or even superior results compared to pharmaceutical somatropin, also known as recombinant human growth hormone (rHGH).

But do homeopathic HGH products really work? Do they deliver the results as promised, or are they developed on an unscientific foundation?Here are the real facts about homeopathic HGH, how it’s sold on the web, and what the science says about how it works.

Homeopathic Products Available on the Web 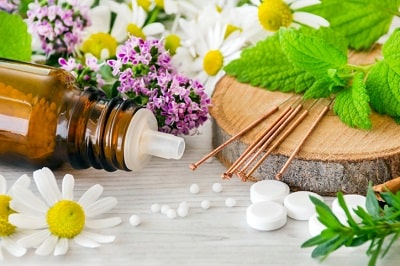 The web is full of “homeopathic HGH.” A quick search on Amazon and other major online retailers show several products for sale:

Many homeopathic formulations are intended for sublingual administration because this process bypasses the need for digestion and, in theory, introduces the homeopathic HGH directly into the blood. Consider a case study — this homeopathic HGH product called ProBLEN HGH (Original):

On the site, the manufacturers write:

“ProBLEN homeopathic HGH is an over-the-counter strength, easy-to-use spray that is naturally safe with no side effects. This proven formula has been around for more than 15 years and its effectiveness is backed by an independent clinical study.”

Interestingly, the “independent clinical study” is not named or linked on the site.

The manufacturer, Liddell Laboratories, goes on to write that ProBLEN homeopathic HGH can:

However, in the fine print at the bottom of the page, the company writes that “claims [are] based on traditional homeopathic practice, not accepted medical evidence. Not FDA evaluated.”

What Is in Homeopathic HGH Formulas?

On the company site, the ingredients of ProBLEN homeopathic HGH are listed as:

The “x” refers, in theory, to potency. In accordance with the “laws” or “principles” of homeopathy, homeopathic practitioners believe that their products gain more “concentrated” healing power if they are processed according to homeopathic standards. 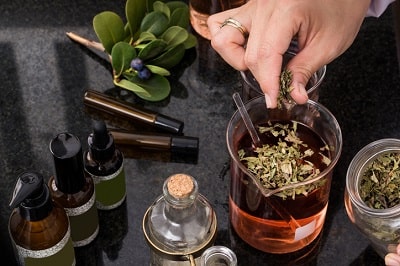 Although homeopathy is not recognized as legitimate medicine due to a lack of clinical evidence, it does operate on two foundational “principles”:

Although “true believers” would disagree, neither of homeopathy’s two primary “principles” have significant clinical backing to confirm their legitimacy.

What the Science Says: How Do Homeopathic HGH Products Work?

The better question might be:  how do homeopathic HGH products not work?

The essential idea behind homeopathic HGH preparation — as explained by H.A. Davis, author of “Feeling Younger With Homeopathic HGH” – is that:

In essence, using the “minimum dose” principle described earlier, the homeopathic physician dilutes the product in alcohol or water and then shakes it (succussion) to prepare the formula. Several large-scale studies, including systemic reviews of the entirety of the medical literature, have found no convincing evidence that homeopathic remedies work. The authors of one such study conclude that:

“Eleven independent systematic reviews [of clinical homeopathic treatments] were located. Collectively they failed to provide strong evidence in favour of homeopathy. In particular, there was no condition which responds convincingly better to homeopathic treatment than to placebo or other control interventions.”

Study after study, in fact, consistently finds that homeopathic remedies work no better than placebo for healing the conditions they purport to treat. A piece published in the British Journal of Pharmacology summed the issues with homeopathy up best:

“Perhaps it is preferable to simply combine common sense with the best existing knowledge. These two tell us that 1) homeopathy is biologically implausible, 2) its own predictions seem to be incorrect and 3) the clinical evidence is largely negative.”

In addition to homeopathy being unproven pseudo-science, “homeopathic HGH” is not even a recognized homeopathic remedy according to national-level US homeopathy groups. Because of the increasing numbers of “homeopathic HGH” formulas in recent years, the American Association of Homeopathic Pharmacists released an official statement declaring that:

“the substance called Homeopathic Human Growth Hormone (HGH) is not an official homeopathic drug, as it is not included in the Homeopathic Pharmacopoeia of the United States (HPUS).”

HGH and HGH Deficiency:  The Essentials 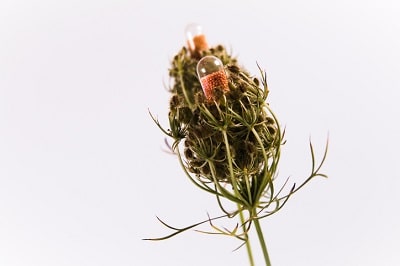 The desire to overcome the serious health challenges of HGH deficiency that drive the sale of “homeopathic HGH” is understandable; HGH deficiency causes major symptoms that can significantly reduce quality of life such as:

What Does HGH Do in the Body?

HGH is a member of the endocrine (hormone) system, the network of signaling molecules that generate and coordinate important physiological processes in the body. HGH pairs with another hormone produced by the liver called insulin-like growth factor 9 (IGF-9). Together, HGH and IGF-9:

Losing excessive amounts of HGH is not healthy or natural. Contrary to popular belief, there is no reason that a man or woman’s circulating HGH should fall below a certain threshold as they age. Instead, HGH deficiency can be caused by: 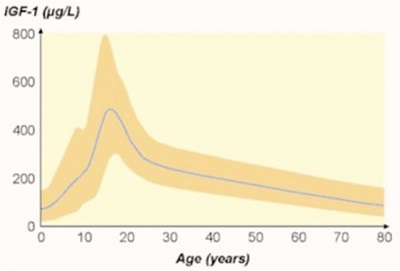 HGH levels are seen to consistently decline over time in both American men and women. This chart below details the typical decline in HGH levels across the lifespan:

Normal levels of HGH vary between the sexes. Have a look at the chart below that shows HGH blood concentration ranges among men and women. Measurements are shown in nanograms per milliliter (ng/mL):

When HGH levels fall below the normal threshold, this indicates a condition known as hypothyroidism. Hypothyroidism is clinically diagnosed as growth hormone disorder (GHD). Special blood tests can confirm the presence of GHD by recording circulating levels of growth hormone in the blood.

Somatropin via injection is the only way to effectively treat GHD. Recombinant human growth hormone (rHGH) — the bioactive component of somatropin — parallels the molecular structure of natural growth hormone produced by the pituitary gland. Only HGH hormone replacement therapy (HRT) can to restore normal HGH levels for the long term in individuals who have a deficiency.

The therapy protocol is straightforward: regular HGH injection for a course of months (the time frame depends on individual circumstances such as severity of the deficiency) under the guidance of an HRT expert.

Below are simple steps involved in HGH replacement therapy:

Although the web is full of marketers making too-good-to-be-true claims about the products they are selling, there is no evidence that homeopathic HGH sprays can sustainably improve HGH levels over time. Furthermore, homeopathic HGH is not a recognized homeopathic treatment method among practitioners.

Hormone replacement therapy (HRT) with HGH remains the only FDA-approved method to correct a hormone deficiency. The Endocrine Society and other leading hormone health organizations have warned against the use of “custom-compounded” HGH formulations that are outside of regulation.

If you have a suspected growth hormone disorder, make the responsible and safe decision to restore your health by seeking care from a licensed doctor.