Growth hormone deficiency (GHD) is a condition characterized by low levels of human growth hormone (HGH). If you are experiencing the negative health effects of GHD, hormone replacement therapy (HRT) with somatropin — a synthetic version of HGH used in therapy — has the potential to positively transform your life physically, mentally, and emotionally.

In this article, we will break down both the immediate and long-term changes after HGH replacement therapy, how therapy improves physical and mental health in the patients who receive it, and the distinctive transformations for men and women, respectively.

Who Should Receive HGH Therapy?

HGH levels can decline due to injury, illness, or aging. For individuals with sub-optimal HGH levels, supplementation with exogenous HGH will boost the amount of HGH available in the blood. This promotes healthy tissue growth, improved mental health, and greater energy. Here is a complete guide to the benefits of HGH for patients with deficiencies.

A Timeline of HGH Transformations

Some of the results of HRT with somatropin become noticeable in as little as two weeks following the start of therapy. Other benefits, especially the more subtle ones, become apparent later on. Below is a timeline of wins that the patients who receive HGH replacement therapy typically experience. 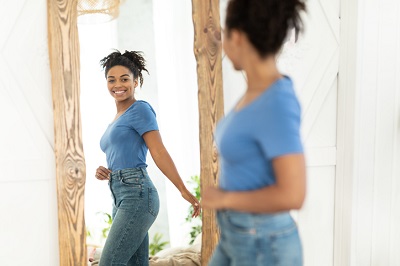 After one year of HRT, you can expect to see the following changes:

Many of the long-term benefits of HRT with HGH begin within a few months of therapy and continue to increase in intensity, even three years into treatment. Here are the highlights: 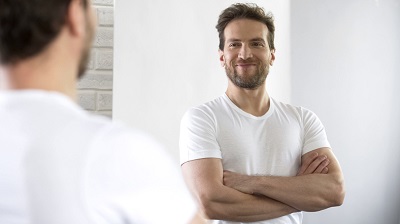 Here are the anti-aging and disease-fighting victories of HGH therapy that stay with patients long down the road.

The physical changes for men and women receiving HGH therapy include:

HGH therapy significantly benefits patients in terms of mental and emotional health in the following ways:

Anti-Aging and Weight Loss Changes of HGH Therapy: What the Patients Say

The patients with HGH deficiencies who receive therapy – both men and women – look and feel younger, slimmer, more energetic, and more excited about life than they have in years.

Alexia, a 47-year-old woman who recovered her health with HGH therapy, says:

“Since starting HGH therapy, I sleep better at night, have more energy and focus during the day, have lost 15 pounds, and my joint pains are almost entirely gone. I wake up each day feeling happy and excited again.”

“I knew that 38 was very young to be suffering from the growth hormone deficiency, yet I had so many of the signs, including weight gain, low libido, fatigue, and depression… since I started HGH therapy, I am already sleeping better at night, and I have more energy during the day. Even my feelings of depression are coming less often, and I am looking forward to further benefits over the next few months.”

How to Maintain Optimal HGH Levels Throughout Life

The chart below shows optimal HGH levels for adult men and women, respectively. This is the amount of HGH that the human body requires to function at its best.

Unfortunately, a large percentage of the US population does not meet these levels. If you have not been tested recently and are over 30, in fact, chances are good that you may be one of them.

The chart below shows the typical decline of HGH and its all-important partner hormone, insulin-like growth factor 1, in women across the lifespan. Similar downward trends are seen in male subjects.

How to Extend and Maximize Postive Effects of HGH Therapy