HGH Releasers: Do They Actually Work?

Products marketed under labels as “HGH releasers,” “HGH boosters,” or similar terms have proliferated on the internet. If you’ve visited web pages focused on hormone health, then you may have encountered ads for these types of products. As we will explore here, the science (or lack thereof) behind “HGH releasers” is murky. The Food and Drug Administration (FDA) does not regulate these products.

Let’s take a deep dive into “HGH releasers,” how they (theoretically) work to increase HGH, safety issues surrounding these supplements, and you can elevate your own HGH levels without compromising your health.

What Are ‘HGH Releasers’ or ‘HGH Boosters’ and How Do They Work in Theory?

The central idea behind “HGH releasers” or “HGH boosters” is that these products, in theory, trigger the pituitary gland to push more HGH into the blood through pulsatile secretions. The term “HGH releaser” can encompass a wide range of substances that warrant distinctions.

It’s important to differentiate between medicines — which are developed, tested, and approved according to strict scientific guidelines regarding safety and efficacy – and supplements (including “HGH releasers”) that do not undergo the same amount of testing. Medicines that trigger HGH release are called “HGH secretagogues.” Examples of HGH secretagogues include:

“HGH releasers” are different from stand-alone HGH secretagogues, which are often used as ingredients in legitimate medicines, in important ways.

How Do ‘HGH Releasers’ Work in Theory?

The primary ingredients in most “HGH releasers” are amino acids. These molecules are known to induce HGH secretion in humans: 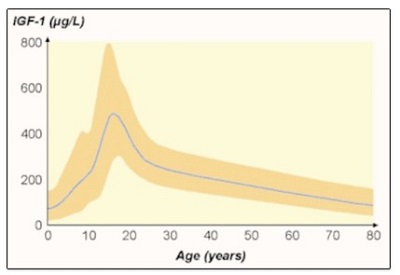 Most “HGH boosters,” such as the popular supplement SeroVital, in turn, are essentially just amino acid formulations that rely on this known relationship to trigger HGH release:

The truth is that most manufacturers of “HGH releasers” simply combine extremely cheap amino acids with a sprinkling of other added ingredients that you could source on your own for much cheaper – and then they mark up the price dramatically. It’s important to remember that long-term overuse of l-arginine – an amino acid frequently contained in high concentrations in “HGH releasers” — carries several health risks such as deteriorated kidney function.

Again, these are common supplements that are widely available and extremely inexpensive on the web – you simply don’t need to spend the extra money for an “HGH booster” when you can purchase all of the ingredients on the web for a tiny fraction of the cost. 21st Century Magnesium – 250 mg – 110 Tablets: available for $2.62.

The point here is not to promote a brand of magnesium but to illustrate a point: at $2.62 per bottle of high-quality magnesium (and similar prices for the other common ingredients in “HGH releasers”), there is simply no reason to pay in excess of $100 for an “HGH releaser” that contains the same ingredients.

In a later section, we will take a look at some of the top-selling “HGH releasers” on the market, whether they work as intended, their potential side effects and other dangers, and how to avoid fake or contaminated medical supplies. First, let’s take a look at human growth hormone and what it does in the body to find out why maintaining healthy HGH levels is a critical piece of the anti-aging puzzle.

What Does the Science Say About Human Growth Hormone? 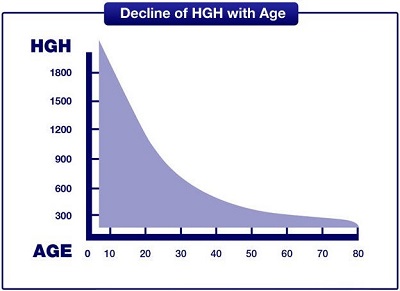 The human body contains more than 50 hormones. HGH, a pro-growth anabolic hormone, is one of the most important because it:

Your HGH levels also impact the amount of insulin-like growth factor 1 (IGF-1) in your body, another critical anabolic hormone that works together with HGH. The liver requires signaling from HGH to push IGF-1 into the blood. From there, the hormone duo travels throughout the body performing their pro-growth work.

The clinical research that examines the relationship between aging and HGH levels shows that in “the fourth decade of life (ages 30 to 40 years) the total amount of GH secreted over a 24-hour span decreases by two- to threefold.” Without enough HGH, you are at risk of:

Because HGH triggers the release of IGF-1 by the liver where the hormone is produced, HGH levels directly correlate to IGF-1 levels – so, if you have an HGH deficiency, chances are high that you have a concurrent IGF-1 deficiency as well (bad news for your hormone health):

Popular ‘HGH Releaser’ Products on the Market, Their Safety, and Their Effectiveness 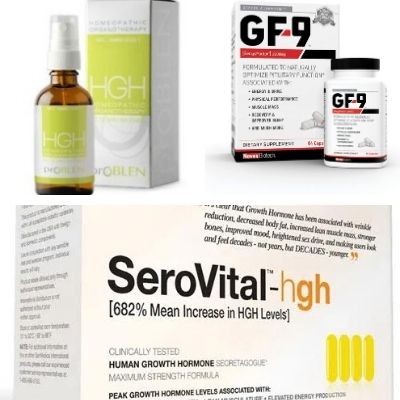 Here are some of the most prominent “HGH releasers” on the US market and a summary of what the scientific evidence says about them.

At the bottom of many “HGH releaser” product descriptions, you will find a warning that looks like some variation of this:

“These statements have not been evaluated by the Food and Drug Administration. This product is not intended to diagnose, treat, cure, or prevent any disease.”

That should tell you everything that you need to know about the safety and performance of “HGH releasers.”

In response to the claims made by “HGH releaser” manufacturers regarding their products’ safety and effectiveness, the Mayo Clinic, a leading health authority in the United States, summarizes the response from the medical community based on the science:

“HGH is only effective if administered as an injection. There’s no pill form of human growth hormone available. Some dietary supplements that claim to boost levels of HGH come in pill form, but research doesn’t show a benefit. HGH is considered a controlled substance by the Food and Drug Administration.”

The bottom line is that “HGH releasers” are, by and large, unproven, untested supplements. For the most part, no regulatory authority examines them for quality or safety, and it’s virtually impossible to know for sure what is in those pills without access to a full lab – which most of us don’t have. Your health is too important to gamble with products that the World Health Organization (WHO) says may be harmful to your well-being or possibly even fatal.

How to Avoid Fake and Dangerous HGH Supplements

A sizeable portion of the HGH boosters and similar products on the US market originally come from production facilities in the Third World – from places like China, India, Mexico, etc. An enormous percentage of those– up 10% according to the World Health Organization – are found to be either “fake” or “substandard” by inspectors. The WHO warns that “substandard or falsified medical products can cause serious illness or even death.”