Home » Blog » Differences Between Hormones and Neurotransmitters: Do They Affect Each Other?

Differences Between Hormones and Neurotransmitters: Do They Affect Each Other? 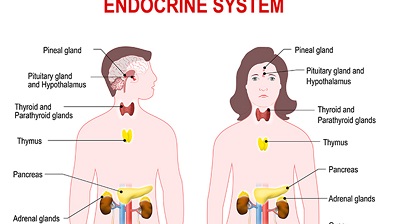 Hormones and neurotransmitters have significant overlap – both are the natural biological tools used for communication, both are often made of proteins, and the optimal function of each is necessary for good health. However, there are important differences and distinctions between neurotransmitters and hormones that we will discuss here. First, let’s start with a comparison of each, their respective characteristics, and their roles in the human body. Here is everything you need to know about hormones vs. neurotransmitters.

Hormones are the body’s chemical messengers. Once created in the various organs and glands that produce them, their role is to travel throughout the body via the blood and signal to their target organs or tissues to perform important work. The human body produces 50 different hormones that make up the endocrine system (hormone system).

Examples of the various hormones found in the human body include:

What Activities Do Hormones Perform in the Human Body? 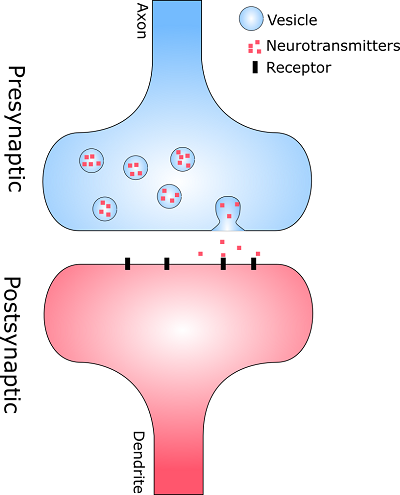 The widely varying tasks that hormones perform include:

As we will explore later, neurotransmitters rather than hormones are actually responsible for directing much of the activity in the human brain and the overall nervous system. However, hormones do play an important role in brain health and preserving optimal brain function alongside neurotransmitters as well.

The clinical evidence demonstrates three particular ways that the sex hormones, in particular – estrogen and progesterone in women and testosterone in men – may impact mental health as well as physical health.

Can Hormones Also Act as Neurotransmitters?

Some peptide hormones – relatively small, simple amino acid chains compared to more complex protein hormones – may act, depending on the context, as hormones or as neurotransmitters:

“For example, vasopressin and oxytocin, two peptide hormones that are released into the circulation from the posterior pituitary, also function as neurotransmitters at a number of central synapses. A number of other peptides also serve as both hormones and neurotransmitters.”

So, what exactly are neurotransmitters and how do they differ from hormones?

In terms of physiological function, neurotransmitters are generally similar to hormones; they each regulate important activities in the body as their primary activity via chemical signaling and, often, they are likewise made of proteins and amino acids.

One of the handful of key differences, though, is that neurotransmitters work only within the nervous system whereas hormones travel throughout the entire body through the blood vessels. Rather than being produced in an organ or gland and released into the bloodstream, neurotransmitters are instead produced endogenously – “endo” meaning “inside” – in individual neurons and then released via the presynaptic terminal into the postsynaptic terminal.

The process of sending neurotransmitters via the presynaptic neuron (the “sender”) and the postsynaptic neuron (the “receiver”) is known as neurotransmission. Neurotransmission is the central way that neurons pass along critical information to one another to regulate their activity and, in healthy people, to maintain optimal brain function. The area between the synapses is known as the synaptic cleft. Once the postsynaptic neuron receives the message, it then modifies its electrical signaling accordingly, This interaction between chemical messages and electrical activity is termed “electrochemical.” 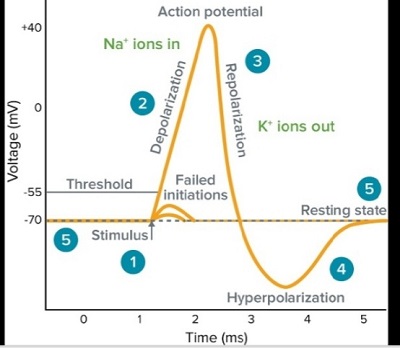 It is estimated that, of the 85 billion neurons in the brain and wider nervous system, these cells send 5-50 messages per second. This nearly instantaneous communication system is necessary to keep you alive. Let’s find out how below.

What Activities Do Neurotransmitters Perform?

As we have explored, the major function of neurotransmitters is to transmit information between brain cells (neurons) to regulate brain and nervous system activity. The basic process of passing information via neurotransmission follows:

It’s important to note that, despite long-held beliefs that neurons alone can release neurotransmitters, scientists now understand that glial cells – the “helper” cells located in between neurons that maintain them – also produce neurotransmitters such as glutamate that contribute to neural plasticity (more on the importance of plasticity to anti-aging brain health later on).

The Various Classifications of Neurotransmitters 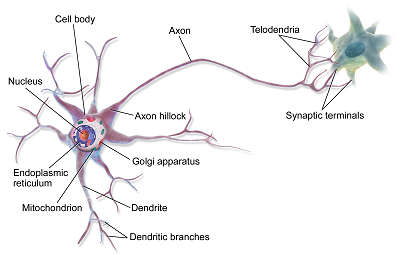 Physiologists generally break neurotransmitters down into three distinct classes. They are:

What Is the Difference Between Excitatory and Inhibitory Neurotransmitters?

Neurotransmitters affect the activity of the neurons that they interact with in different ways. The three main types of influence that they exert over neurons include:

To achieve this, neurotransmitters cause neurons to build up positively charged ions like Na+.

Often – as in the case of acetylcholine and dopamine – neurotransmitters can either exert excitatory or inhibitory effects, depending on the receptors in the receiver cell. 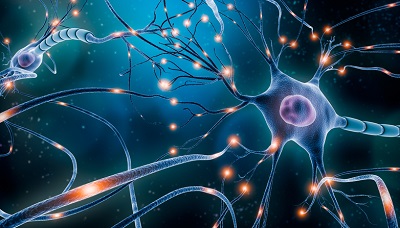 Examples of neurotransmitters critical for good brain health include:

The Key Differences Between Hormones and Neurotransmitters

So far, we’ve explored the respective production, structures, and functions of hormones and neurotransmitters. While strikingly similar in some respects, they are also different in important ways. In the chart below, we’ve broken down these differences.

How Do Hormones and Neurotransmitters Interact?

So, we’ve dissected the crucial distinctions between hormones and neurotransmitters in terms of their respective origins, structures, and functions. But how do these two types of chemical messengers interact?

While neurotransmitters primarily facilitate communication between brain cells, the brain also has multiple receptor sites where hormones bind to convey important messages as the interface between the brain and the other vital organ systems. 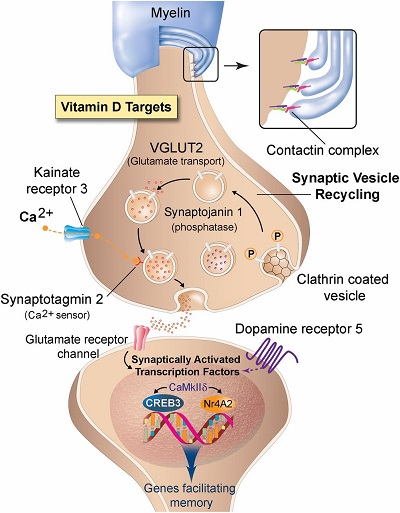 Examples of hormones that act on the brain, and therefore affect neurotransmitter activity, include:

The takeaway on vitamin D (again, a hormone) and neurotransmitter health is as follows:
“Due to its effect on dopamine pathway in the brain, vitamin D can be a useful therapeutic agent used as an intervention therapy to be combined with existing treatments for Parkinson’s disease.”
Unfortunately, the data indicates that as much as 42% of the US adult population is deficient in vitamin D – a major risk factor for neurotransmitter and brain health that must be addressed.

For example, estrogen increases the expression of brain-derived neurotrophic factor (BDNF), a potent molecule that protects existing neurons and stimulates the production of new neurons (and more connections between them in the case of neural plasticity).

Estrogen, the main female sex hormone, supports healthy BDNF expression:
“Estrogen treatment seems to increase BDNF expression in several brain regions including hippocampus, amygdala and cortex, and has been shown to decrease the risk for neurodegenerative diseases such as Parkinson’s disease and Alzheimer’s disease.”
This is important to note because “BDNF has been shown to play a key role in neuronal survival, in promoting neuronal regeneration following injury and regulating [the] neurotransmitter system.”

Aging men and women are each at risk of developing sex hormone deficiencies that can impair cognitive function, trigger mood disorders and other mental health conditions, and predispose them to the development of neurodegenerative disease. The good news is that hormone replacement therapy (HRT) to replace falling levels of these sex hormones is safe, effective, and, increasingly, affordable even to those patients on modest incomes. 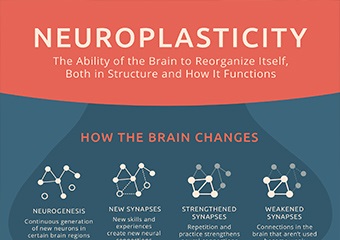 The relationship between hormones and neurotransmitters also works in the inverse way: low neurotransmitter levels can negatively impact some hormone levels. For example, the neurotransmitter dopamine is known to regulate growth hormone secretion by the pituitary gland in the brain. Human growth hormone (HGH) is critical for healthy bone and muscle development, preserving cognitive function, and optimal metabolism.

Low dopamine levels have been correlated to growth hormone deficiencies, leading to the conclusion that adding a dopaminergic (dopamine-increasing) agent to conventional HGH replacement therapy for patients with deficiencies can improve outcomes in some cases.

The Bottom Line: Do Hormones and Neurotransmitters Affect One Another?

“Sex hormones have been implicated in neurite outgrowth, synaptogenesis, dendritic branching, myelination and other important mechanisms of neural plasticity.”

The concept of “neuroplasticity” refers to the nervous system’s ability to adapt and change to new circumstances by modulating the communication that occurs between cells.

The Critical Importance of Neuroplasticity for Anti-Aging

Neuroplasticity is a prerequisite for learning new skills, for coping with adverse and novel events, and for recovering from trauma as the mind plots out new pathways through which to process information. Protecting and spurring these changes over time is an essential component of any anti-aging strategy for long-term mental health. The connection between the sex hormones and neuroplasticity explains why men with age-related testosterone deficiencies and women with estrogen deficiencies (often occurring during pre-menopause and menopause) can have devastating effects on mental health and may put individuals who experience these conditions at greater risk of neurodegenerative disease.

When considering the anti-aging benefits of hormone replacement therapy (HRT), doctors and patients should also pay attention to the interplay between hormones and neurotransmitters as such considerations can inform the best course of anti-aging treatment to optimize hormone levels with the ultimate goal of preserving long-term brain health.