Home » Blog » Can Stress and Anxiety Contribute to Low Testosterone?

Can Stress and Anxiety Contribute to Low Testosterone?

Despite all the labor-saving devices like microwaves, dishwashers and all of the other modern conveniences of daily living, Americans are seemingly more stressed than ever. For many, day-to-day life carries an enormous burden of stress and anxiety. Left unchecked, stress and anxiety can significantly damage a person’s health in a number of ways, including by disrupting the proper function of the human hormone (endocrine) system, of which the manly hormone testosterone is an important part.

If you are a man experiencing the potentially devastating effects of low testosterone, then stress and anxiety could be an important, often-overlooked contributing factor. Learning how to manage your stress could be one of the keys to unlocking better overall health, including upping testosterone levels. Developing coping strategies is more important now than ever. We don’t have widely available data on how the ongoing COVID-19 pandemic and the ensuing economic shutdown have affected Americans’ mental health yet, but we can safely assume that the financial and social pressures of the 2020 political climate will only worsen anxiety and stress levels among already-stressed Americans.

In this article, we’ll explore the face of anxiety and stress in modern-day America with a special focus on how they affect the hormonal health of men in terms of their impact on testosterone.

The Stress and Anxiety Epidemic in America 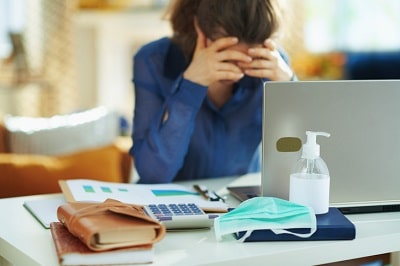 Although calling widespread and growing anxiety among Americans an “epidemic” might seem like an exaggeration, the evidence indicates that unchecked stress is a huge public health crisis in 2020. In a large-scale survey from 2018, 40% of American workers said that they were experiencing higher anxiety levels than they did in the previous year.

Anecdotally, you have probably witnessed the damage that untreated anxiety and stress can inflict on an individual’s mental and physical health – indeed, based on the statistics, you are likely to have experienced the ravages of stress and anxiety yourself. So, what is the physiological science behind anxiety, what causes it, and what strategies, if any, can patients use to fortify their minds and bodies against this looming public health villain?

What Causes Stress and Anxiety?

Anxiety and stress affect people differently. While some respond favorably – even thriving – in stressful situations, others crumble under the pressure. Anxiety and stress and intricate features of the well-documented fight or flight response that is characteristic of humans and animals alike. When an organism feels threatened, a cascade of hormonal activity prompts swift action to deter or elude the threat. 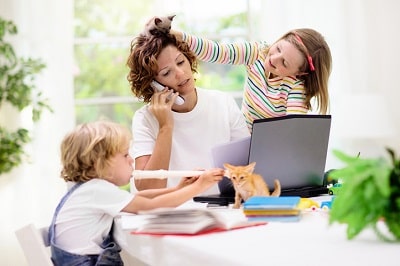 In normal, healthy individuals, the neural and hormonal changes that characterize the fight-or-flight response are temporary, meaning that once the threat is removed, their systems return to normal function. In individuals with out-of-control stress levels, though, they remain in this state of elevated alertness, even once any actual threats have diminished.

In short, the fight-or-flight response is crucial for an organism to respond quickly and effectively against threats, real or perceived. However, it is a double-edged sword, as it can harm health significantly if it is not “turned off.” Anxiety and stress originate within the hypothalamic-pituitary-adrenal (HPA) axis, a complex structure of intertwining functionality between the nervous system (brain) and the endocrine system.

Stress in the environment serves as a stimulus on the nervous system. In many cases, multiple sources of anxiety “stack” on top of each other, multiplying their intensity and spiraling anxiety out of control.

Common examples of everyday stressors include:

*In some cases, chemical imbalances among neurotransmitters are attributable to elevated anxiety levels. For these patients, lifestyle adjustments are not enough to achieve remission. Medication and/or therapies to restore neurochemical balance are frequently the only effective treatment for these patients.

Common Symptoms of Stress and Anxiety 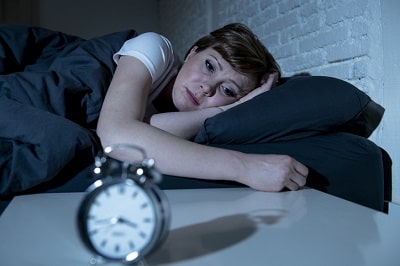 Due to unique responses to stress among individuals, pinpointing a single set of symptoms resulting from untreated stress and anxiety is difficult. To add to the confusing array of stress and anxiety symptoms, the symptoms they trigger offer mimic other health conditions. Many patients, for example, experience symptoms triggered by anxiety and stress such as chest pain, driving a mistaken assumption that they have heart issues. The worry over imagined health problems that are actually due to anxiety, in turn, leads to ever-increasing, spiraling anxiety.

This cycle of worry causing cortisol release and cortisol release worsening anxiety must be addressed to contain anxiety. Further in the article, we’ll discuss methods to stop this neuroendocrine cycle and lessen anxiety and stress.

A brief overview of the numerous common symptoms of stress and anxiety is below:

*The last symptom of chronic stress listed here, lowered sexual libido, is likely due to the dampening effect that stress and anxiety have on testosterone levels in men.

Are There Any Benefits to Stress?

Although simplistic, there is wisdom in the ancient adage “what doesn’t kill you makes you stronger.” Under normal conditions, in the absence of a disorder, stress is actually beneficial. Through its physiological effects, it acts as an innate warning system for an individual when dangerous events are afoot. It triggers growth. It provides much-needed motivation to force positive change in uncomfortable or adverse situations. It temporarily assists in cognitive function in times of emergency.

“Hormetic stress”” refers to stress that, although temporarily uncomfortable, actually results in positive changes in the body. For example, when you lift weights at the gym, you are exerting hormetic stress on the muscle groups you work. In response to the stress, your body boosts protein synthesis and, ultimately, you grow bigger, stronger, more durable muscle fiber.

With the right lifestyle modifications, some of which we’ll discuss later in this article, you can learn to control stress and utilize it to your advantage rather than essentially existing as a passive victim of anxiety. 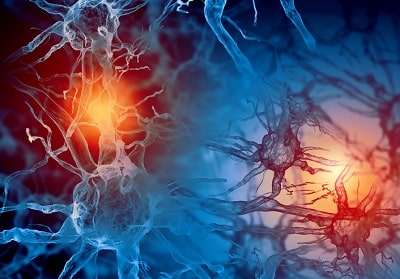 The “neuroendocrine system” is the medical term used to define the extremely close interconnection between the endocrine and nervous systems. Modern science still has much to discover about how hormones and the brain work in tandem, but we know that they work together intimately. The neuroendocrine system is comprised of neurons (brain cells), neurotransmitters, the brain, the spinal cord, the many glands of the endocrine system, and the more than 50 hormones active in the human body (including testosterone).

As we age, we see a gradual decline in the body’s ability to regulate itself properly. Various theories regarding how and why we age compete for legitimacy. One such attempted explanation of aging is called the “hormonal stress theory”. The basic premise of the hormonal stress theory is that, as we get older, the hypothalamus, a primary component of the HPA axis that we mentioned earlier, begins to malfunction. As a result, it floods the body with the stress hormone cortisol (more on cortisol later), in turn causing chronic, elevated stress levels.

The release of cortisol and its stress-inducing effects then turn into a vicious spiral as higher stress levels induce greater release of cortisol. The end result is an endocrine system that is totally out of balance. Because hormones are the primary way that various systems communicate with one another, overall health declines and aging intensifies.

The hormonal stress theory is buttressed by nearly endless scientific research that shows a direct connection between hormone health and overall health. 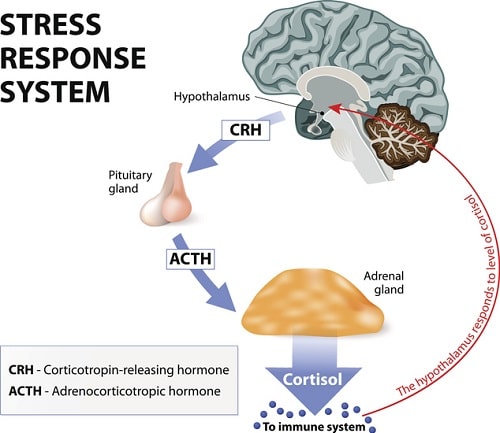 Although cortisol gets a bad rap, it is actually an important hormone that your body needs to function optimally. You likely have heard of cortisol in terms of its relationship to stress. While it’s true that cortisol is the primary hormonal culprit of uncontrolled stress, it also performs the following beneficial activities:

Cortisol release is ramped up as part of the fight-or-flight response discussed previously. In healthy people, its levels return to normal following resolution of the threat.
Conceptually, you can think of cortisol as a car alarm that alerts the owner to a possible break-in or vandalism underway. To fulfill its role functionally, you expect the alarm to only sound when danger is present while remaining silent the rest of the time. If it is constantly going off, this actually serves as a detriment because you might mistakenly believe your car is under attack when, in reality, the vehicle is fine but the alarm is broken.

In this metaphor, cortisol is a biological alarm that goes off even when no threat is present, triggering chronic stress as the body adapts to a perceived threat that never manifests. There are ways to reverse this trend and fix your inner alarm. We’ll explore stress-busting methods further on.

Interesting Information for you
Hormone Replacement in Adults
Testosterone and Immunity

How Stress and Anxiety Affect Testosterone Levels in Men 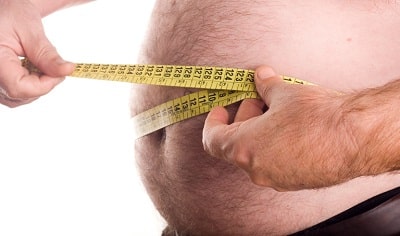 Testosterone is the primary male sex hormone produced in the testicles. It is necessary in adequate amounts to promote a healthy sex drive, promote muscle gain, fortify bone strength, and more. In short, testosterone is what gives men their vitality. Without the hormone in optimal amounts, men experience a set of negative symptoms, including:

Men typically experience a 1% drop-off in testosterone each year after levels peak around age 20. Many factors are likely involved in lowering testosterone levels. The hormonal stress theory offers the science-backed theory that chronic stress can substantially impair testosterone production and circulation. Study after study demonstrates that stress is a testosterone killer. 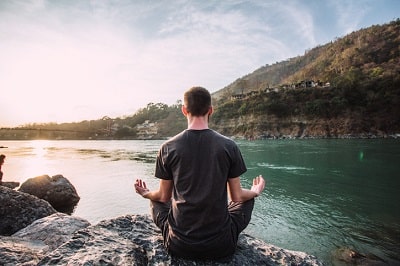 Anyone who has battled anxiety or stress disorders understands firsthand how overwhelming they can feel. The following strategies are science-backed ways to mitigate stress and anxiety and to turn them from albatrosses into tools for positive change:

The Bottom Line on Stress, Anxiety, and Testosterone

Stress and anxiety can inflict serious emotional and physical damage if they are allowed to escalate out of control. Complex physiological processes, involving both the endocrine and nervous systems, trigger anxiety. In healthy people, anxiety and stress function as useful tools that promote survival. In people with dysfunctional stress responses, anxiety and stress can wreak havoc on the body’s systems, including undermining the healthy activity of the endocrine system.

Reductions in circulating testosterone are among the many negative health impacts of unchecked stress and anxiety. Following the proven methods offered in this article, controlling anxiety and stress is possible. Men who suffer from a stress or anxiety disorder will likely see a rebound in their testosterone counts, and associated gains in health and vitality, following successful interventions.