Home » Blog » Anti-Aging Doctors: What Do Endocrinologists Do and How Do They Fight Aging?

Anti-Aging Doctors: What Do Endocrinologists Do and How Do They Fight Aging?

The media is often full of misinformation regarding the medical field of endocrinology. In this broad discipline, doctors specialize in treating hormonal imbalances and disorders to safeguard and promote not just health but holistic well-being. Here, we will debunk the myths associated with endocrinology and explore the realities of this exciting, well-researched area of anti-aging science with a bright future.

What Do Anti-Aging Doctors Do?

The term “anti-aging” is wide-ranging and covers many facets of health and wellness as it applies to the aging process. Below is the generally recognized, consensus definition of this field of medicine:

“Anti-aging medicine is an evolving branch of medical science and applied for medicine. It treats the underlying causes of aging and aims at alleviating any age-related ailment. Its goal is to extend the healthy lifespan of humans having youthful characteristics.”

There are many sub-disciplines within the field of anti-aging. In this article, we will pay special attention to anti-aging endocrinology. Endocrinologists focus on the hormones of the body and, more specifically, how to optimize hormones by reversing hormonal imbalances, which are defined as: “too much or too little of a hormone in the bloodstream. Because of their essential role in the body, even small hormonal imbalances can cause side effects throughout the body.”

The human body has more than 50 hormones that serve a wide array of functions to keep the body and mind functioning optimally – including maintaining strength by supporting muscle development, facilitating cognitive function, and regulating mood. Hormones are produced by various glands and organs in the body and distributed through the blood.

Hormones Involved in the Aging Process

Below is a sampling of a few (but not all) of the hormones implicated in the aging process:

Experienced anti-aging doctors who specialize in endocrinology understand the complex interplay between these hormones and how to balance them. In their clinical practices, anti-aging hormone doctors focus on identifying and resolving hormone imbalances for optimized, long-term health in aging populations.

Which Anti-Aging Healthcare Providers Should Be Avoided?

Like any rapidly developing discipline of medicine, the anti-aging medical field has some questionable members that patients should be wary of. As a general rule of thumb, the following types of anti-aging “doctors” should be avoided:

Any doctor who attempts to prescribe medications that are banned in the United States or imported from the Third World. The unfortunate reality is that, based on a study by the World Health Organization, as many as 1 in 10 medical supplies imported from the Third World are either “fake” or substandard.” While these medications may be cheaper than licensed, legal US-produced medical supplies, they also come with significant risk.

No responsible doctor would be willing to gamble his or her patients’ health and wellness in this way. As a rule of thumb, instead, you should look for the following characteristics in a solid, dependable, results-driven anti-aging specialist:

Is There an ‘Anti-Aging’ Pill? 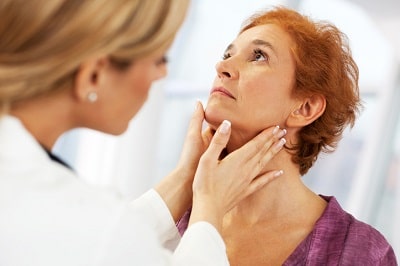 For centuries, even millennia, explorers and scientists have searched for the so-called “Fountain of Youth,” most famously in the case of 15th-century Spanish explorer Ponce de Leon and his quest to locate the Fountain in Florida.

That anti-aging “silver bullet” sought after for so long, perhaps in the form of a pill or otherwise, has not yet been discovered. While many supplements, therapy modalities, and other treatments have anti-aging effects, there is no single “anti-aging pill” available that can singlehandedly counter the impacts of aging.

Instead, the most effective anti-aging strategy available today is a combination of supplements, healthy lifestyle practices, and, when necessary, more advanced interventions such as hormone replacement therapy (HRT).

The Myths About Anti-Aging Medicine

Many people, based on conditioning, assume that aging is a “natural” and inevitable process that is destined to affect everyone born in the world. However, this assumption is simply not based on what the modern field of anti-aging research tells us.

“People assume aging is immutable and that it is a fool’s errand to look for drugs that slow the aging process ─ but they are wrong. We have documented four different drugs that work in mice to decelerate aging and postpone the diseases and disabilities which make aging troublesome.”

The Reality of Anti-Aging Medicine and Doctors 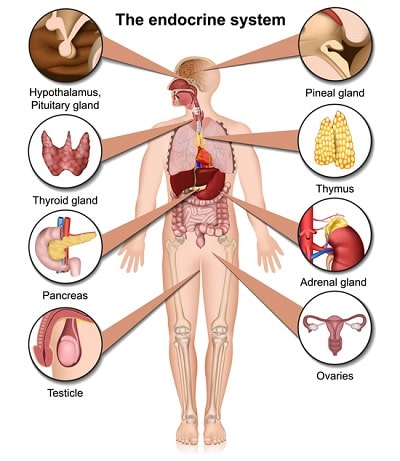 Anti-aging medicine is a very real and legitimate medical discipline – and also one of the most rapidly advancing. As greater numbers of doctors, governments, and private medical enterprises worldwide wake up to the enormous upside of anti-aging science, we will see a continued explosion of research into this exciting field:

“Leaders in gerontology have concluded that anti-aging drugs capable of delaying all diseases of aging by about seven years are now technically feasible. Such drugs would be very broadly effective preventive medicines, staving off dementia, cancer, heart failure, frailty — and myriad other old-age ills — in much the same way that drugs that lower blood pressure help postpone or avert heart disease.”

What Is Endocrinology and What Does It Study?

“Endocrinology” refers to the sub-field of medicine focused on hormones and how they affect human health. According to the commonly accepted definition of the term:

“Endocrinology is the study of medicine that relates to the endocrine system, which is the system that controls hormones. Endocrinologists are specially trained physicians who diagnose diseases related to the glands.”

Many endocrinologists specialize in specific glands and hormones, such as the reproductive organs (the testes in men and the ovaries in women), the thyroid glands, or the pituitary gland in the throat (which produces HGH).

Why Endocrinologist Are Real Doctors

Critics of anti-aging medicine, especially within the medical establishment, promulgate false narratives that endocrinologists are not “real doctors.” These claims are not based on reality.

In fact, endocrinology, and the doctors who dedicate their lives to its practice, are indispensable components of holistic, anti-aging healthcare:

“Endocrinologists are qualified to diagnose and treat conditions like diabetes, thyroid diseases, infertility, growth issues, metabolic disorders, osteoporosis, some cancers, and disorders in the hormone-producing adrenal glands and pituitary glands.”

Which Hormones Make You Look Younger?

The Conditions and Disease States That Endocrinologists Treat 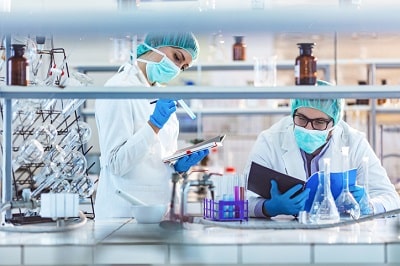 Due to the role that hormones play in every major physiological process and their activities on every organ in the human body, the applications of hormonal healthcare are vast. Endocrinologists treat or play a role in treating:

Below, we will explore two of the most common types of therapies that endocrinologists provide to patients.

Human growth hormone, or HGH, is a critical hormone implicated in anti-aging. HGH, together with its partner hormone IGF-1, performs the following functions:

More worryingly, many doctors without advanced clinical practice in identifying and treating common age-related hormone disorders often mistake the signs of HGH deficiency for another condition. HGH replacement therapy with somatropin effectively treats HGH deficiency and restores the health of those who receive it. The top HGH supplements approved for use by US patients to reverse the negative health effects of HGH deficiency include:

Testosterone deficiency, known in clinical settings as hypogonadism, is another extremely common age-related hormone condition. Testosterone is the primary male sex hormone (androgen), and, as such, is responsible for male sexual vitality. However, its activities in the body extend well beyond sexual health. Men tend to lose about 1% of their total testosterone each year following peak levels in their early 20s. Even worse, researchers have begun to note a generational decline in testosterone levels with enormous implications for fertility as well as the health of aging men:

Because testosterone is critical for immune system function, men with low testosterone are at significantly greater risk of developing serious infections from COVID-19 and other pathogens. In men with testosterone deficiency, replacement therapy (TRT) has enormous benefits that include: